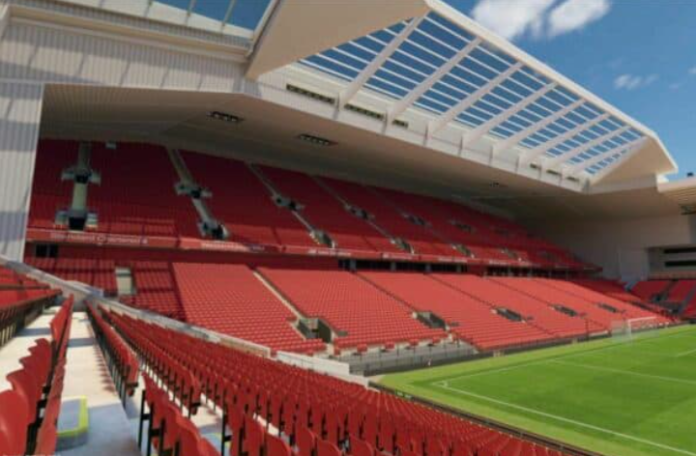 The Anfield Road End extension is less than a year away from completion, and these new rendered images show exactly how it will look.

Work on the new grandstand began in September last year, and 13 months later it is planned to add another 7,000 seats for the 2023/24 season.

Work on the upper tier and the new roof is currently underway, and since the finish line is very soon, the expectation to see the final product is growing.

And thanks to the 3D Digital Venue, we can see what the new Anfield Road End will look like from different angles inside the stadium.

From the main stand you can estimate the depth and height, namely 39 meters in height, and the fact that the closed view from the back of the lower part of the Enfield Road End is no longer a problem – hallelujah!

You can also see on the right side the new hotel suites located under the upper tier, and in Liverpool there will be 1800 seats with a sports bar.

This means that away fans will still be placed on the left, next to the main stand.

The view from the Liverpool dugout is impressive, and Anfield definitely seems more closed and protected: 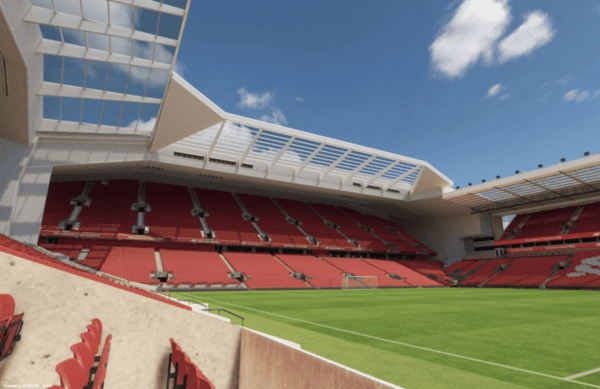 As for the view from the seats on the upper and lower stands of Sir Kenny Dalglish, it is, to put it mildly, impressive.

The main stand and the Anfield Road End will flow smoothly into each other, and the cauldron of noise will be a step higher:

And finally, on closer inspection, the new stand seems deeper, although the billboards are certainly not for New Balance.

Its opening will take place here before we know it, and although these visualized images of the new stand are impressive, they will have nothing to do with the real one.

Anfield will never be big enough for Liverpool, but it is a very exciting step for the club and the fans.

Completion is scheduled for summer 2023.
The new total capacity of Enfield will be 61,015 people.
The new Anfield Road End will accommodate 15,967 fans.
The existing roof will be demolished during the World Cup or at the end of the 2022/23 season.
The estimated cost is 80 million pounds.

Kanye West has registered the YZYSPLY trademark for retail stores

Stars Say House of the Dragon Explores Misogyny in Detail