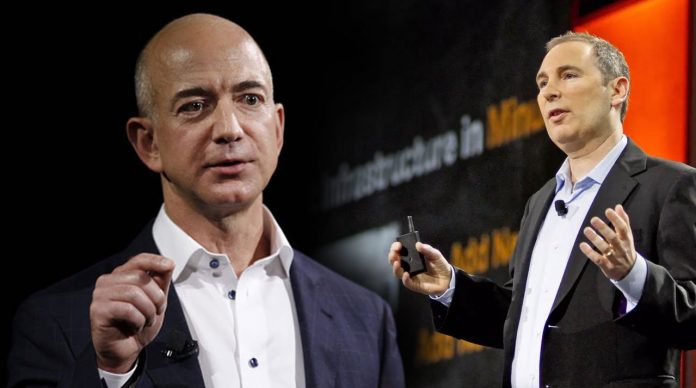 Andy Jassy is coming. We have come to the end of an era in the business world. Jeff Bezos is leaving his position as Amazon CEO for many years. So who is Andy Jassy replacing him?

It’s a historic day for Amazon, the world’s largest shopping platform. The founder and idea father of the company, Jeff Bezos, is leaving his CEO seat as of today. Successful businessman, who has been in this position for more than 20 years, will only serve as chairman of the board from now on.

His replacement is known. Andy Jassy, ​​who has long served as part of the company, will become the new CEO of Amazon. So who is this man who will head the world’s largest shopping platform? Here is the answer to the question of who is Andy Jassy.

Who is Andy Jassy?

Born in New York in 1967, Jassy was educated at Scarsdale High and graduated in 1986. Desiring to pursue a career in economics, he completed his undergraduate studies at Harvard College. Andy Jassy, ​​who joined Amazon shortly after graduating in 1997, became one of the company’s first employees. After working for the company for a while, he was commissioned by Jeff Bezos to research cloud technologies.

The businessman, who was very successful here, took part in the team that established AWS (Amazon Web Services), which provides hosting services to other websites and businesses. After the launch of AWS services in 2006, it has been quite successful. He took part in various positions for a long time and contributed to the growth of the platform. Andy Jassy became the head of this unit in 2016, taking over as CEO of AWS.

Over time, the cloud hosting service has grown so much that it hosts 30 percent of the world’s internet traffic. The existence of AWS has resulted in a steady monthly cash flow to Amazon. In this way, the company provided financing to units such as retail, logistics, video streaming and hardware. Andy Jassy, ​​who is 52 years old today, has been very successful thanks to this career. Jassy, ​​who also makes time for her hobbies, is one of the minority owners of the National Hockey League team in Seattle.

The successful businessman, who was announced to replace Jeff Bezos a while ago, finally took over the job today. It is a matter of curiosity whether Andy Jassy, ​​who will be the CEO of Amazon from now on, will be able to fill the place of Jeff Bezos.

So what do you think about this subject? Do you think Bezos made a mistake by leaving the seat, or was it time? You can express your views in the comments section.