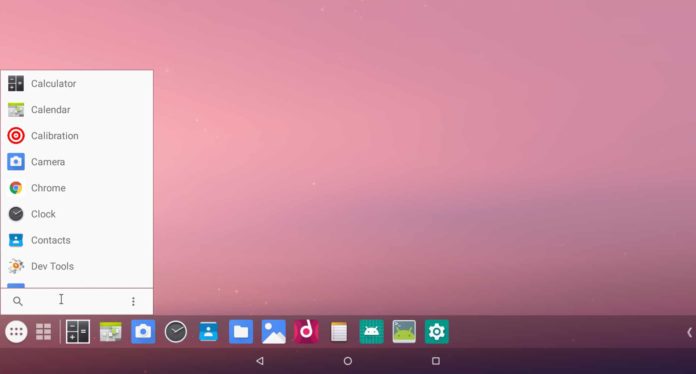 The Android-x86 project was designed to be able to use the Android operating system on desktop and laptop computers. The stable version of Android-x86 9.0 has been released, and this time the project takes Android Pie to computers.

Google’s Android operating system; It may be designed for smartphones, tablets and TVs. However, the developers in the Android-x86 project have been working on the open source version of Google’s mobile operating system for many years, turning Android into a desktop operating system.

The developers recently released the stable version of Android-x86 9.0. This software is designed to allow you to run Android 9 Pie on a desktop computer, laptop or tablet with an Intel or AMD processor. This PC-based structure of Android brings Android 9 features to computers up to date, including apps, APIs and user interface.

Android-x86 9.0 features:
Support for 32-bit and 64-bit x86 processors
Hardware-accelerated graphics with OpenGL ES 3.x support on Intel, AMD and NVIDIA graphics cards as well as experimental Vulkan graphics support
An optional Taskbar launcher (you can also use a stock Android style launcher)
Android-x86 9.0 supports WiFi, Bluetooth, Ethernet, camera, audio and multi-touch features. You can install the operating system like any GNU / Linux distribution or run it as a LiveCD that allows you to boot without installing.

Android-x86 is usually one or two years behind Google’s Android release plans. Google will roll out Android 11 to mobile users this year. If you still want to run Android 10 on a computer, there are also options like Bliss OS 12. Bliss OS is also offered as an Android based operating system for PCs with x86 processors.