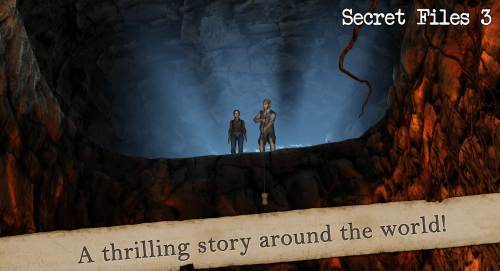 Secret Files 3, the new game in the Secret Files series, begins with the arrest of Nina, her fiancé Max. Behind Max’s arrest, Nina begins investigating Max’s arrest. Arrested, Max manages to send a message to Nina. Receiving the message, Nina realizes that they are in great danger.

As it can be understood from the published trailer of the game, Secret Files 3 is pursuing a dark secret hidden in Pi number and a thousand years old conspiracy. In Secret Files 3, an exciting puzzle game, players will try to progress by solving different puzzles.

If you like puzzle and adventure games, Secret Files series will allow you to have a pleasant time today. Secret Files 3, the new game in the series, can be completed in 8 hours. However, in order to master the whole story of the game, we recommend that you start from the first Secret Files game.

Secret Files, one of the most important games in the mobile game world since 2014, promises players a pleasant time in the new game. Secret Files 3, the new game of the Secret Files series, was presented to users on Google Play. You can access Secret Files 3 from here link for Android and here from iOS.

Shopee Finds For Less Than $15