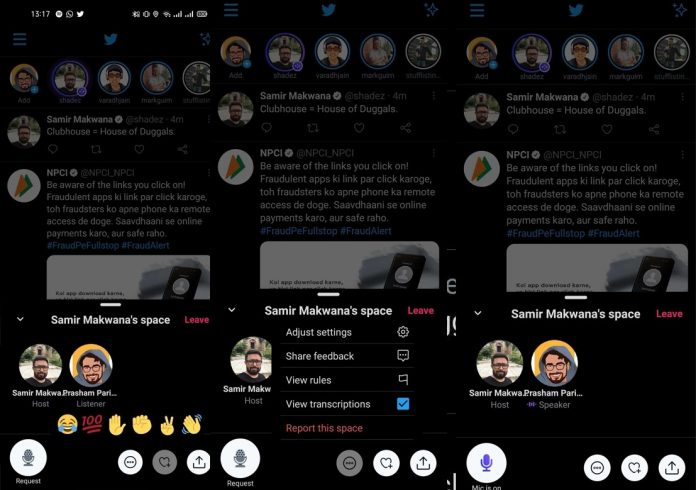 With the Clubhouse, voice chats in chat rooms have become a trend and other social media applications have also been activated. Chat rooms feature, which started with Twitter Spaces on the iOS platform, is now being tested for Android.

It turned out that some users who have registered the beta version of the application for the moment have received the Twitter Spaces update. The Spaces feature, which is not available to all users with the beta application, seems to be being tested for Android, albeit slowly.

Although the Clubhouse application is in great demand on the iOS side, it has not made its application ready for Android.

It is not possible to participate in the Twitter beta program at the moment. However, if you have been involved in this program before, you can check whether Spaces feature is available in the application.

According to the information provided by Android Police, the Spaces feature, which is currently limited to Android, has some restrictions compared to the iOS version. Currently, Android users using this feature cannot open their own chat rooms. You can only join public chat rooms.

The Clubhouse competitor, Spaces feature allows you to open voice chat rooms on Twitter. Spaces chat rooms, where you can participate in the chat, will be opened to a much wider audience with Android.

The Clubhouse application has come to the fore with the security vulnerabilities it has experienced recently. One of the disadvantages of the application is that it is only available on the iOS platform and there is no development for Android yet. While an invitation is required to enter the Clubhouse, for Spaces chat rooms you only need to be a Twitter member.

Clubhouse rival, do you think the Spaces feature could be successful? We are waiting your comments.