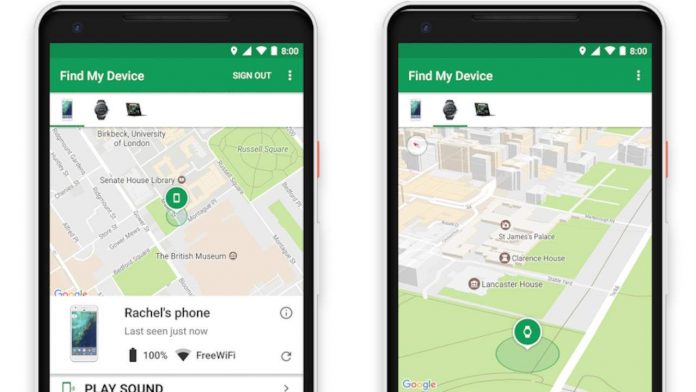 Android devices often focus on specs. Apple is showing an interest in user experience with iOS. For this reason, iPhone or iPads are one step ahead of their competitors with the advantages they offer. However, both sides are inspired by each other. Google is preparing to adapt one of the popular features of iOS devices to its ecosystem Android. Find my device network is coming.

This time, the inspired party was Android. Find my device with crowded network resources is coming to the popular operating system.

Through reverse engineering, the developers uncovered the secret code found in the latest version of Google Play Services 21.24.13. Two different networks attracted attention in these codes. The first is “Let your phone help you and other people find your devices” and the second is the “Find My Device” network.

These codes mean that Google can find lost or stolen Android devices without a data connection. If the leaks are true, the company will take advantage of every Android device in Google Play Services for this. In this system, which does not offer many options to the user, you will have to join a network open to all devices in order to find your lost device.

The Find my device network works just like Samsung’s SmartTag and Apple’s AirTag. This service, powered by the multitude of devices, takes advantage of the crowd to work. All devices connected to the system communicate with each other in an encrypted manner and report their location. Actually, Android has had this feature for a while. However, it was insufficient as it was used only when there was internet access. With the network, this is changing.

So what do you think about this subject? Do you think Google’s find my device network will prevent theft cases like it does on the iOS platform? Do not forget to share your thoughts with us in the comments section.