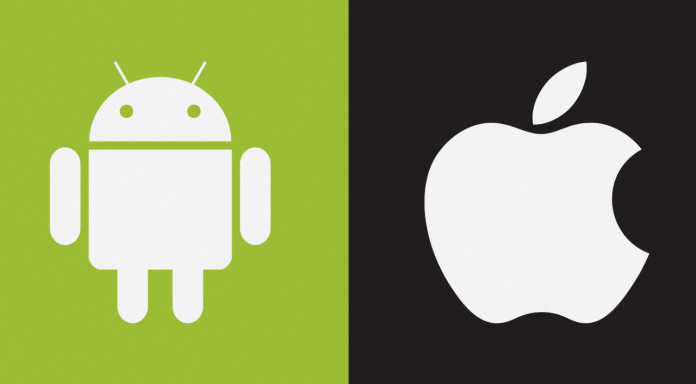 Both Android and iOS operating systems have gained loyal users with their excellent features. Some of the functional differences between the two software have disappeared over time. However, there are still some important differences.

The Widget feature, familiar to Android users, came to iOS only in the last quarter of last year. The feature released with the iOS 14 update made iPhone owners quite happy. But oddly enough, this function was a customization option that existed even in very old versions of Android. The fact that Apple is offering this to its users so late has been a mockery on social media.

Still, the differences between Android and iOS are pretty clear. Although Google adds remarkable innovations to Android with new updates every year, this situation is slower in Apple. Even though iPhone users definitely receive one major update every year, they cannot gain great gains in interface and functionality. Of course, this increases the distinctions between the two systems.

We have made a list of a series of Android features that iPhone users envy about these differences. Here are those features:

Although built-in pen support is a very distant dream for iPhone phones, this feature has been available on iPads for years. There are many artists who create great works with digital pens called Apple Pencil. But buying an iPad just for drawing next to the phone is of course a huge luxury for many people!

However, some special models allow this, although not all devices of Android. Numerous phones such as the Motorola Moto G Stylus (2021), Samsung Galaxy Note 20 and Galaxy S21 Ultra have digital pen support. You can draw and paint wonderful drawings on the large screens of any of them. Moreover, without paying for an additional tablet …

Apple unfortunately does not allow its users to choose their default app. But we can say that this is quite an ordinary feature for Android. Because users have been able to assign this function for e-mail, music, photo, video or browser applications for years.

For example, in iOS, instead of Safari, another application cannot be selected as the default application. On Android, you are completely free in this matter! If you wish, you can delete the Google Search application and start using the browser you want instead.

Android is usually on the Apps & Notifications page of the Settings page for these settings. You can customize the browser, phone, SMS or assistant application from the Default Applications window here.

The default voice assistant service for iPhone devices is Siri. But Android offers its users Google Assistant with functional functions.

Having a more qualified interface than Apple’s application, Google Assistant has many features. However, the most important of these is its close integration with Google Search. In this way, it gives more accurate answers to your questions. The responses of the assistant are also more satisfactory due to Google’s vast wealth of data and knowledge spanning many years.

IOS users who do not want to use Siri can of course download the Google Assistant from the App Store. However, as we mentioned in the above article, it cannot make this the default practice. So, even if indirectly, users have to use both applications.

With the Android 7.0 (Nougat) update released in 2016, users have been given the right to use more than one application at the same time. However, this feature, which has been on Google for five years, cannot be used on iPhone devices. Apple currently only supports multitasking on iPad devices.

For iPhone users who have never experienced what this is, the feature allows two different applications to be displayed on the screen at the same time. For example, while there is a video you opened on YouTube at the top of the screen; You can study and take notes using the notebook below. If necessary, you can reduce the size of one of the windows as much as you want. In this way, you can concentrate more on the window that is your main focus.

Perhaps the most striking element among Android features that are not available in iOS is Launcher applications. These enjoyable apps allow you to fully customize your smartphone. The mood of your device is changing with completely different interfaces.

Thanks to Android’s open source ecosystem, home screen layout, fonts, transition effects, menu structure and almost anything you can think of can be personalized with launchers. It is even possible to increase the performance of the phone with a good Launcher application, not just visual changes. Some Launchers are designed to directly save battery.

Android smartphone owners can add color to their devices thanks to Google’s Wallpapers application. The application, which contains thousands of images from the rich Google Earth collection, unfortunately does not work on iOS like the other items in the list.

The application, which you will start with a renewal every day, changes your wallpapers daily without the need for you to do anything manually. For this, you only need to select the category in which you want to see photos after downloading the application. At the same time, existing wallpaper images automatically adapt to your device’s light or dark mode interface.