Home Entertainment Android Auto no longer works on phones, but there is an alternative 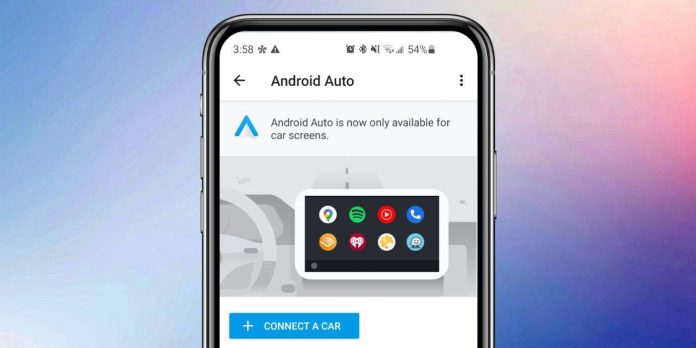 Google introduced Android Auto in 2015 to allow people to use maps and play music on Android smartphones while driving. However, despite the fact that it was compatible with phones, Google always intended it for cars and gradually abandoned it in anticipation of the latest developments. The Android Auto app for phone screens is already incompatible with Android 12, so Google’s refusal to support other versions of Android was only a matter of time.

As 9to5Google noticed, many users report that the Android Auto app for phone screens no longer works on any version of Android. This week, whenever the app is launched on a phone, it redirects to the Android Auto settings page, which confirms that the service is now only available for car screens, not phones. However, this change is not sudden or unexpected. It is reported that over the past few weeks, the app has been showing a message that it will stop working soon, although Google has never given a specific closing date. According to several Reddit posts, the change went into effect for some users earlier this week and now seems to be implemented for all users around the world.

While Android Auto for phone screens is now dead forever, Google already has a replacement. The new feature, dubbed “Google Assistant Driving Mode,” began rolling out in 2021 and even received several UI updates, including an updated home screen, at the end of last year. This feature was first announced at Google I/O 2019, and it can be accessed via Google Assistant by simply saying “Hello Google, start driving mode” or “Hello Google, let’s go.”

It is worth noting that Google Assistant Driving Mode is not a separate application, which means that it does not have a special icon to launch it. Instead, it’s a Google Assistant feature that can only be used by asking the voice assistant to launch it. Also, it can’t be used in landscape mode, which Google should change soon. Fortunately, most of the leading music streaming services are supported, although some Reddit users are still unhappy with the radical change in the user interface between the old app and the new feature.