Home News Android Auto 6.0 is coming: Here are the features 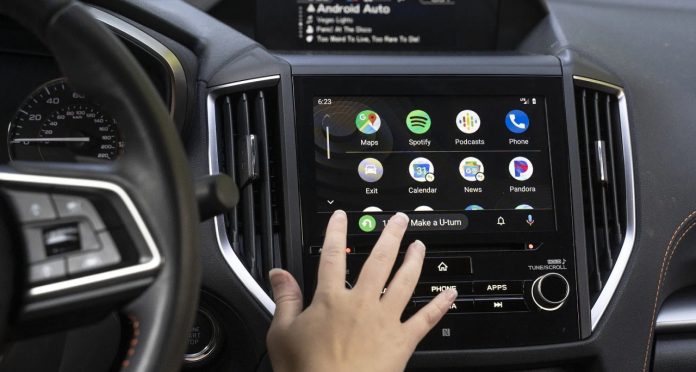 The 6.0 version for Android Auto, which was developed for the use of Android phones in the multimedia systems of cars, showed itself and its features were determined. With the application that has been in use since 2015, it becomes easier to use the phone in automobile journeys.

Android Auto, the rival of the Apple CarPlay application in iOS, enables Android use on the touch screens in the car. Thus, features such as music, navigation and calling can be used without taking the phone while driving. In addition, voice commands can be performed with the Google Assistant.

The exact announcement by Google for the new version has not yet been received. However, some sources shared leaks of new features. According to the information received, it will be possible to make background changes in Android Auto with the new version. Different designs can be used on the screen of the car with the selected visual. However, it is stated that the selected backgrounds are those determined by Google and that users cannot upload their own background images.

Among the Android Auto 6.0 features, increased Google Assistant options are shown for the second important detail. With the new voice commands, it is stated that users will experience more convenience in using their smartphones while driving. Along with that, it is stated in the software that an application called “Assistant Routines” will come. With this application, it is stated that when users get on their cars, routine operations can be easily used.

In these routine operations, situations such as calling or texting, setting up navigation and starting the music application show themselves.

It is stated that with the new version, some work has been done for some errors. Dark mode bugs, randomly muting on Spotify, music not continuing after phone call, etc. The issues are discussed.

In the latest news, it is stated that with the 6.0 version, no major innovations will come, but there will be big changes in the next versions. For these changes, it is stated that the possibility of using multiple screens named “MultiDisplay” stands out. Thanks to this feature, users will be able to use their phone’s screen on Android Auto.