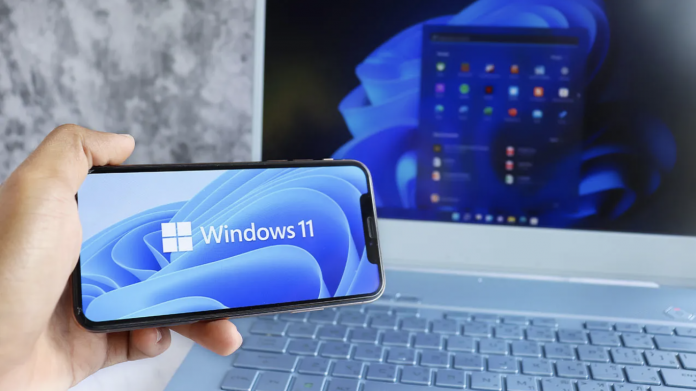 How do Android apps work in Windows 11 operating system? The images shared gave us a first look.

One of the most important innovations that came with the Windows 11 operating system: Android support. Through the Amazon Appstore, which is directly integrated into the Microsoft Store, users will be able to install and run Android applications on the computer without the need for external software. The stable version of Windows 11 was released on October 5th. Unfortunately, this feature did not come with it.

According to Microsoft’s statement, Windows Insiders users will be able to experience the Amazon Appstore in the coming months. A user posted screenshots taken while running Android apps on a Windows 11 computer. It was determined that the photos shared on the China-based social networking platform Bilibili were deleted immediately.

Looking at the images, it is clear that the Android versions of the two social networks are used on the Windows 11 computer. Applications can work in harmony with the operating system like any computer program. Microsoft also gives users the opportunity to integrate them into the taskbar.

The most striking detail: Android applications support multi-window. In the photo, it appears that two different parts of WeChat are running separately and can be placed on the taskbar. Application windows do not have the compatibility problem at first glance in terms of size. Just like Android phones, it can be used comfortably in portrait mode.

In Windows 11, there will be the ability to resize Android application windows and pin them to the desired part of the screen. In addition, you will be able to pin it to the start menu along with the taskbar. In addition, the mouse, keyboard, etc. that you connect to your computer. It will also support external hardware. However, it is not yet clear whether it will be compatible with webcams.

Developed as an alternative to the Google Play Store, the Amazon Appstore contains the majority of Android applications. Moreover, it is not exclusive to Windows 11. It can also be used on smartphones. After the testing process among Windows Insiders users, Android application support is expected to expand to the general user base.

Realme: The Features Of The New 5G Supported Model Have Been...