Home Tech Android 11 Support Arrives on the Latest Canary Version of the Popular... 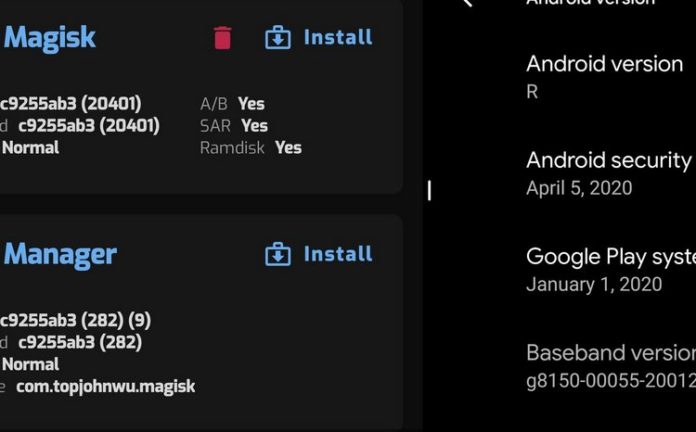 The latest Canary version of Magisk, one of the most popular root apps of the Android ecosystem, has received Android 11 support. Users can root on Android 11 using this version.

In the Android operating system, root is a preferred process by many consumers. Consumers can use their phones in a more functional way thanks to their root operations. “Magisk” is one of the first applications that come to mind when it comes to root. Preferred by millions of users, Magisk offers perhaps the best root experience for phones. According to the latest statements, Magisk’s new Canary version runs successfully on Android 11.

Magisk’s latest Canary version was in the boot-up process on some Android 11 and Android 10 devices, according to statements by John Wu, developer of Magisk. Managing to overcome this problem, Wu released one last update, and this update resolved known issues. The new Canary version still has some issues, but a stable release is expected to be released soon after all issues have been fixed.

Root applications used on Android phones often cause various problems. For example, it is not possible to run banking applications on a rooted smartphone. What makes Magisk popular is that it overcomes such problems and is even successful in SafetyNet tests.

If you also have a phone running Android 11, you can start enjoying the root experience on Android 11 by downloading the new Canary version of Magisk. However, please note that this is extremely risky, you may lose your data or put your phone in a difficult process to recover. You can use the link here to access the latest Canary version of Magisk.