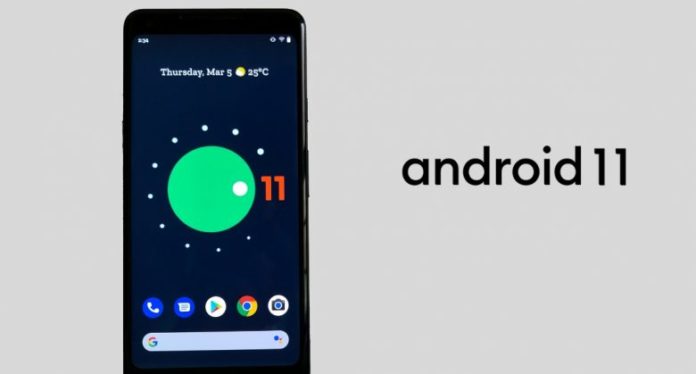 Google has released the second developer preview version of Android 11. The developers, who are doing research on the codes, have managed to unmask the new features of Android 11.

The second developer preview version of Android 11 addresses a number of new features as well as some of the issues detected in the previous version. For now, only developers who review the update available on Google Pixel 2, Pixel 2 XL, Pixel 3, Pixel 3 XL, Pixel 3a, Pixel 3a XL, Pixel 4 and Pixel 4 XL are sharing Android 11 with us. If you wish, let’s take a closer look at what the new features of Android 11 are.

New features in the second developer preview version of Android 11

5G status control
5G connectivity is now a reality of our lives, and some smartphone models that have been released now have 5G support. Although it is currently available in a restricted area, consumers will use 5G everywhere in the coming years. Aware of this situation, Google will also release an API that shows if the 5G connection with Android 11 has been established.

Hinge angles can be customized
Google will enable developers to offer customizable experiences with the help of an API with Andorid 11. So much so that this API offers developers the ability to use different functions at various hinge angles.

Better storage management
One of the main problems of the Android operating system is the slowdowns due to storage problems. Android 11 will come with a major innovation against this problem. After that, especially the cached files can be controlled more actively. Thus, storage slowdown problems will be partially history.

Up-down transitions
One of the API sets that will be presented with Android 11 is about the keyboard structure of the phones. So much so that users will be able to slide their keyboard up and down with Android 11. This will open up many new experiences for developers. The new feature of Android 11 looks like this;

Resume on reboot
You need to unlock the screen first when you update and reboot your phone on existing Android versions. After unlocking the screen, all services of the phone are activated. In Android 11, this will be history. Because Android 11 will automatically launch all services on phones that restart after the update. So even if your phone is updated while you sleep, you will find it as you left it when you wake up.

Camera support for emulators
The latest feature discovered in the second preview version of Android 11 is related to Android emulators. So, after that, consumers will be able to use the front and rear camera features easily through emulators.

BlackBerry phones are returning with a new manufacturer