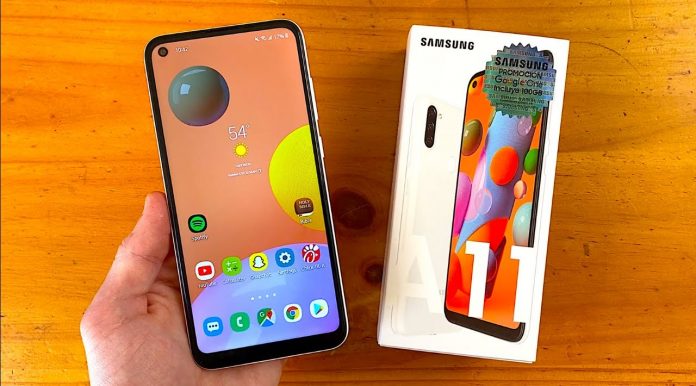 Android 11 update continues to deploy. While flagship and other top segment phones received this update months ago, now the entry-level Galaxy A11 has gotten the highly anticipated Android 11.

The Galaxy A11 was launched in November of last year and came out of the box with the Android 10-based One UI Core 2.x interface. Exactly a year after the device was released, Samsung finally rolled out the Android 11 update for its budget-friendly model.

Galaxy A11 got the latest version of Android

Samsung’s budget-friendly phone, Galaxy A11, also got the One UI Core 3.1 interface with the released Android 11 update. The company first made this update available to its users in Panama. However, since this distribution is via OTA, other users are expected to receive the Android 11 update within a few days.

Android 11 update for Galaxy A11 comes with build number ‘A115MUBU2BUE1’. With this version, the device got the innovations of Android 11 and One UI Core 3.1, while the security patch was also updated in May 2021.

To manually check whether the new update is coming to your devices or not; You can go to Settings-Software update-Download and install options.

Samsung promises to provide at least four years of security patches for the entry-level A11 model. Therefore, this budget-friendly phone will receive security updates by 2024. However, it is worth noting that these promises are just security patches. Because the company did not include this phone in the three major Android update programs. We guess that the device will probably expire by purchasing Android 12.

The Trailer of Psychological Horror Game Those Who Remain Released