Home Tech Android 10 with One UI 2.0 Released for Samsung Galaxy A70 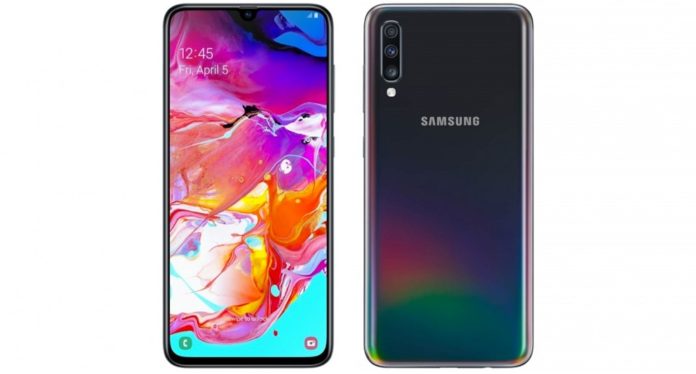 Samsung has started rolling out the Android 10 update, which includes the One UI 2.0 for the Galaxy A70 model. For now, the update, which is only sent to Galaxy A70 users in Ukraine, will be available to all Galaxy A70 owners after a while.

South Korean technology giant Samsung is currently working to offer the Android 10 update of their smartphones. The company, which has been slow on this issue, seems to send frequent updates in the coming days. Now, Samsung’s Galaxy A70 has received the Android 10 update, including One UI 2.0.

In late 2019, Samsung offered Android 10 updates for the Galaxy A30 and Galaxy A50s model. Now, Galaxy A70 owners can experience Android 10 in the One UI 2.0 interface. However, the update is currently available only to Galaxy A70 users in Ukraine.

The Android 10 update Samsung offers to Galaxy A70 users in Ukraine is 2.06 GB in size. When users download this update file, they also get the One UI 2.0 update directly.

In addition, this update includes security patches for February. In other words, if users make this update, they will both experience the Android 10 experience and can use their phones at the latest security level.

Samsung said the Galaxy A70 will be updated in April in the update calendar it released recently. However, it is pleasing for Samsung users that the update in question was released before the calendar. If the company continues to work at this speed, we can say that other models that do not receive the Android 10 update can be updated in a short time.

At the beginning of our news, we mentioned that the Galaxy A70’s Android 10 update is only available to users in Ukraine. In this case, Turkey and other countries show that the Galaxy A70 users need to wait a while. Samsung will distribute the update in stages. This process can be completed within days or can take weeks.

Specifications and design leaked for Oppo A12!

Cyber Shadow, a one-way ticket to the age of games