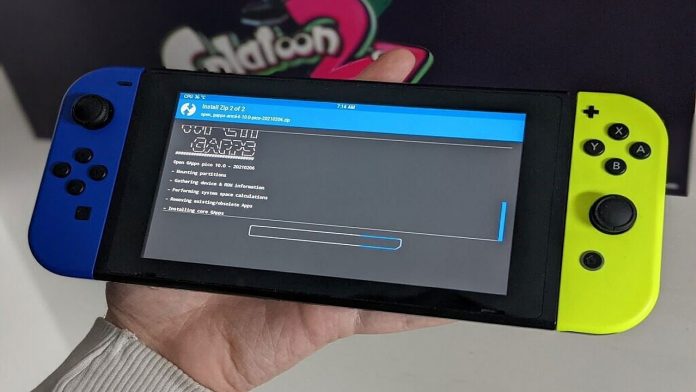 The Android 10 update has arrived for the Switch, the game console manufactured by Nintendo. Although the update is unofficial, it allows streaming services such as Netflix and Twitch to run apps in the Google Play Store.

The Android 10 update brought by the developer team called Switchroot will be available only for certain Switch models in the first place. The update, from the team that first brought the Android operating system to the console, allows Joy-Con sticks to operate as matching analog sticks instead of eight-way D-pads. Also with the update came support for Wi-Fi, promising fewer disconnections.

The real reason for adding Android to a Switch is to be able to play Switch productions made available by Game Boy Advance, Nintendo DS and PSP emulators on the Play Store for free. But besides that, getting other Play Store games or apps like Spotify is a plus of the update. In addition, since you install an operating system with a microSD, you are not deprived of the game switching feature.

On the other hand, problems such as games built for Nvidia Shield not working are seen as the cons of the update. The innovations brought by the update are:

You can watch the video on how to install the Android 10 update below.

Microsoft: Jailbroken iPhones Are A Clear Threat To Businesses