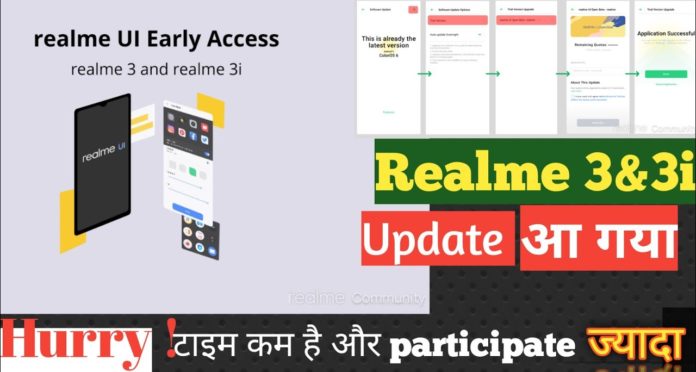 Realme UI Early Access program for Realme 3 and Realme 3i started. Realme 3 and 3i users can access Android 10 and the features brought by the new interface early by applying.

Realme announced the launch of the Realme UI Early Access program for both smartphones. According to the announcement shared in the community, the Realme UI update will be available to a limited number of users for Realme 3 and Realme 3i.

How to Join Realme UI Early Access?
Realme 3 and 3i users who want to join Early Access can join the program by entering the Realme Community username, their device model and IMEI number in the Google form at the address here. Users who want to participate in the program must have updated their devices to RMX1821EX_11.A.26. The Realme community team will release version A.27 to approved users after verifying the information.

After users update their smartphones to A.27, they will be able to get the Realme UI update from the Software Update section in the Settings app. Also, let us point out that users who participate in the early access program will not have a chance to leave the program.