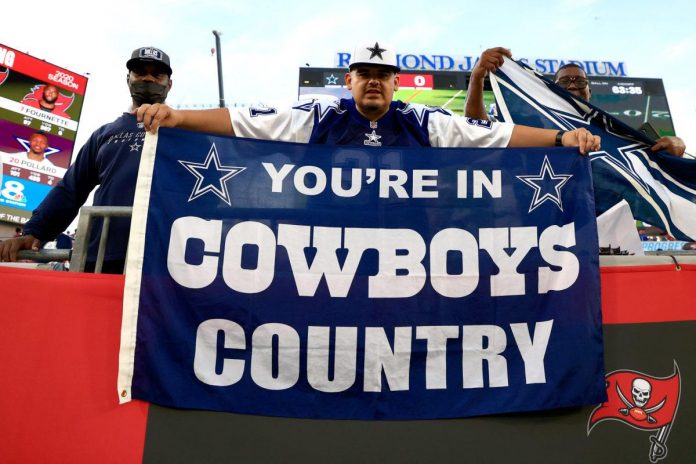 Having just won the Super Bowl with the Los Angeles Rams, four-time Pro Bowl left tackle Andrew Whitworth announced his retirement. But when the Dallas Cowboys were suddenly in dire need of stability at the position, Whitworth’s name popped up again.

There were a lot of reports and rumors yesterday that the Dallas Cowboys are turning to Whitworth to come out of retirement. The interest could even be mutual.

But Whitworth poured cold water on this line of thinking. Whitworth made it clear on Twitter this morning that the Cowboys haven’t contacted him and that he wouldn’t be interested even if they did.

“Yesterday I responded to a lot of messages from national and several sports reporters and journalists from Dallas. The “people” I mentioned last night. They asked me if the cowboys had contacted? Or was I wondering? The answer was “No” 2 both! I appreciate them for doing it right!” said Whitworth.

Of course, now that the seed of the idea has been planted, it is likely to persist for a long time.

The Dallas Cowboys lost star left tackle Tyron Smith this week, and it’s expected to last two to three months. When everyone is thinking about the Super Bowl, it is very important to achieve stability in such a vital position as left tackle.

But given that Andrew Whitworth has just won the Super Bowl, it goes without saying that he no longer yearns for another victory.

Should the Dallas Cowboys try to recruit Whitworth anyway?