According to the statement made by Andre Cronje, one of the most famous names in the DeFi world, Keep3r Network is ready in beta as of today. Keep3r Network, which was first introduced a week ago, can already be bought and sold via Uniswap.

Andre Cronje, who became famous with his Yearn Finance (YFI) project, announced that the Keep3r Network project, which he announced a few days ago, is ready for use. Cronje announced that the necessary audit work for Keep3r has been done. However, Cronje did not forget to mention that the project is still very young and some bugs may be encountered.

Can be bought and sold through Uniswap

Trying to solve one of the common problems of the DeFi sector, Keep3r Network was added to Uniswap after the statement made by Cronje. Here, a decentralized liquidity pool was created for the project’s own token, KP3R. Believing that Cronje’s project will grow, investors can already trade with KP3R / ETH parity. Current data show that the KP3R token is sold for almost $ 100. 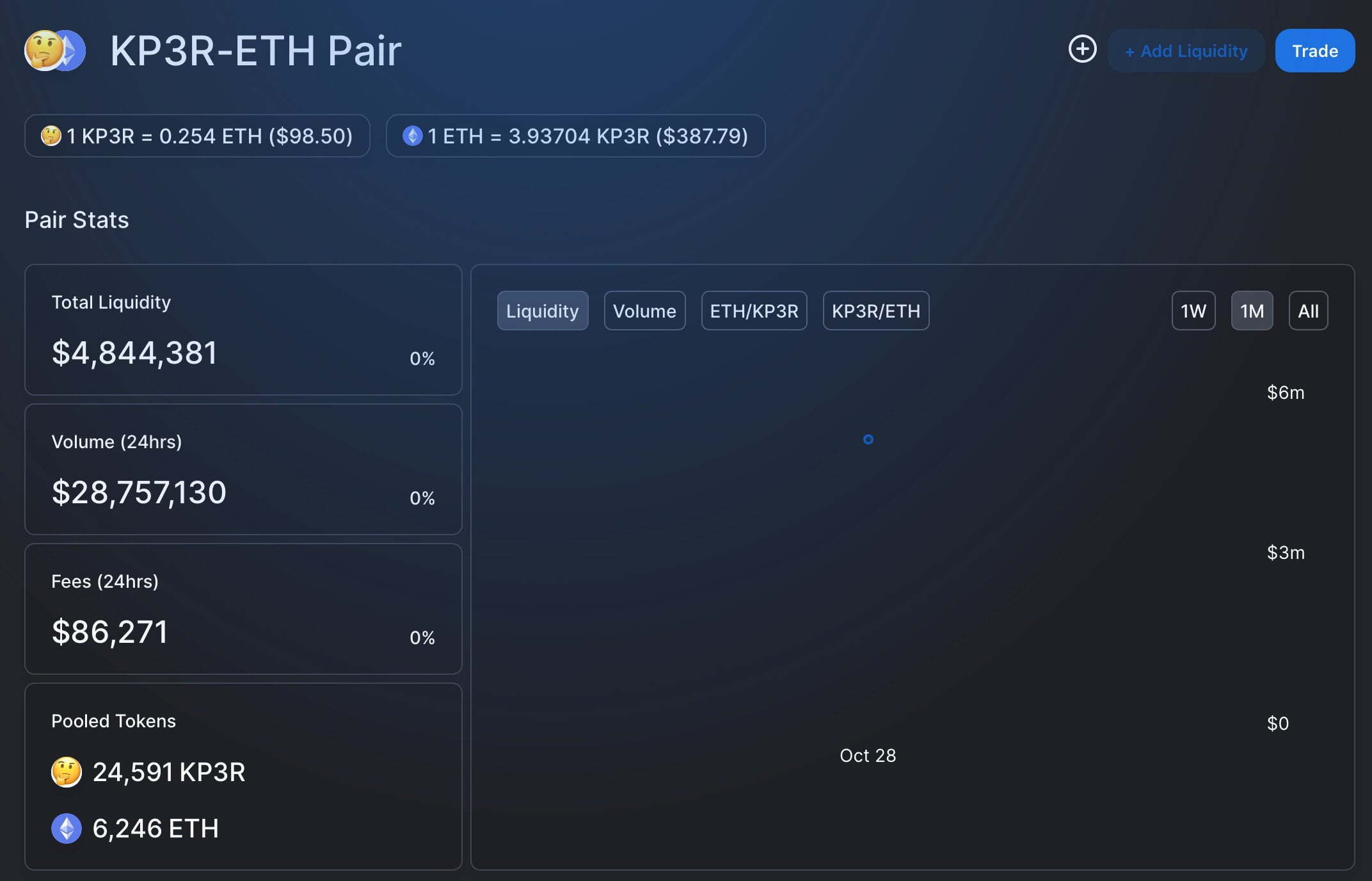 Cronje announced the beta version of the Keep3r Network project just two hours ago. However, the project has gained millions of dollars in volume in this short period of time. Uniswap data shows that the KP3R / ETH parity achieved 30 million dollars liquidity and 4 million dollars volume in 24 hours. More than 24 thousand KP3Rs and more than 6 thousand ETH have been transferred to the pool so far.

What does Keep3r Network do, what is its purpose?

Andre Cronje detailed the purpose of this project in a blog post he shared last week. In this post, Cronje pointed out that the use of smart contracts is increasingly common, resulting in more and more complex problems.

One of the problems that arise; that these smart contracts need an external trigger. An external intervention is required in order to activate a coded transaction in these contracts. Projects like Aave, Synthetix, Yearn try to solve this in their own way.

Caregivers can receive payments with Ethereum (ETH) for their work. However, this payment process can also be completed with Keep3r’s own token, KP3R.

Investors Will Turn to These Assets Due to Inflation

Jungkook names V the most handsome man in the world

Sec Warned! There Is An Increase In Cryptocurrency Fraud

Will the Leading Altcoin Ethereum Continue to Rise?