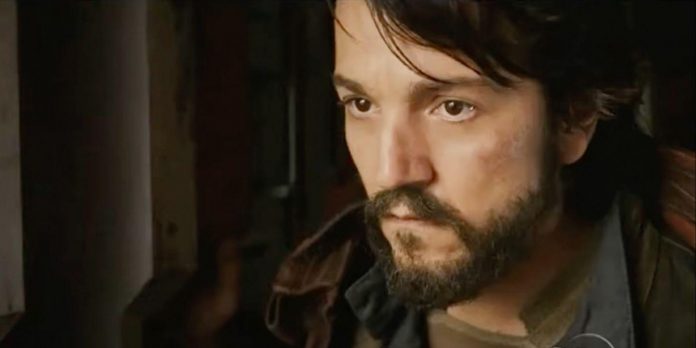 Andor’s first TV commercial shows new footage of the eponymous hero from the Star Wars show, which will premiere on Disney+ this summer. The upcoming series, which is a prequel to Rogue One, takes place five years before the events of the film and tells about Cassian Andor, a famous thief turned rebel spy, during the formative years of the Rebel Alliance. Diego Luna returns to lead the cast of Andor in the title role along with several new and returning characters.

In addition to Luna, Genevieve O’Reilly returns as Mon Mothma along with Forest Whitaker as So Guerrera, both reprising their roles from Rogue One. Among the newcomers are Stellan Skarsgard from “Thor” as Luten, Adria Arhona, Denise Gough, Kyle Soller and Fiona Shaw. Robert Emms and David Heyman also played unnamed supporting roles. Announced by Lucasfilm back in 2018, The Americans alumnus Steven Schiff was initially hired as a showrunner, and was eventually replaced by Tony Gilroy before filming began in 2020. Fans saw Andor for the first time earlier this year, and now we’re getting another look at the anticipated Star Wars show.

The series premiere is just over a month away, and last night during the MLB home run derby, Andor’s first TV commercial debuted. The 30-second teaser posted by @TheSWU on Twitter features some new footage from the upcoming Star Wars show.

Although the TV commercial mainly consists of footage from Andor’s trailer, which debuted during the Star Wars celebration in Anaheim earlier this year, it includes several new shots of the show’s main character, Cassian Andor. In one of them, he seems to be wandering through a dump filled with the remains of Republic ships, which may be on Andor’s home planet, Feste. In another new shot, Cassian looks into the distance with an expression of uncertainty.

These new shots give a fleeting, if revealing, look at a completely different version of Andor that viewers will see in his solo series on Disney+. Five years before the events of Rogue One, Cassian is a petty thief working odd jobs to survive after his homeworld was destroyed by the Empire, which turned him into a cold-blooded cynic who considers the uprising useless. The premiere will take place on August 31. Andor will send the protagonist on an epic journey of self-discovery to become a selfless spy who will eventually sacrifice his life for the Rebel Alliance.