Home Entertainment Andor Trailer: See how the Rogue One Uprising Began in the new... 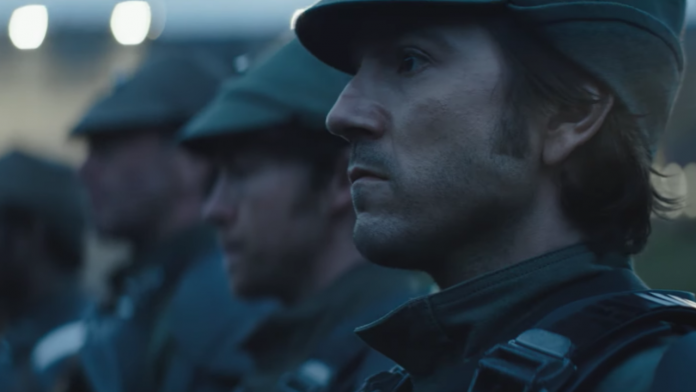 “Wouldn’t it be better to give it all to something real?”

This question is posed to Cassian Andor from Diego Luna in the new trailer for the upcoming Disney+ series “Andor”, a prequel to “Rogue One: Star Wars: Stories”.

Fans know that in the end Cassian gives his life for the Rebellion in Rogue One, but Andor will tell how the cynical thief rose during the formative years of the Rebel Alliance to become one of the most important figures in the battle against the oppressive Galaxy. Empire.

“To steal from the Empire, you just have to walk in there as if you belong to it,” Cassian says in the trailer. “They are so proud of themselves, so fat and contented, that they can’t imagine that someone like me will ever get into their house.”

In the 12-episode Andorean series, Cassian, along with returning characters such as Mon Mothma (Genevieve O’Reilly) and So Guerrera (Forest Whitaker), set out to “restore hope to a galaxy dominated by a ruthless Empire.”

“I was so lucky,” O’Reilly said of reprising her role as Mothma, admitting that “the first time I played this woman was 17 years ago.”

It has been confirmed that “Andor” will last for two seasons, with the second 12 episodes ending where “Rogue One” begins.

“It’s great to tell a story whose ending is already known,” Luna previously told ET about the series. “This is a different approach, because that’s how it all happens. It’s not just like that. This is not a typical approach to history. It’s about how things happen… You know the ending, but you don’t know how it happened, and we’re facing this challenge again, and it’s exciting.”

Andor will debut on September 21 with three episodes airing on Disney+. For more information about the series, see the video below.

Anne With An E: What We Suspect Why Amybeth McNulty Ended...