Home Entertainment Anderson Silva wants to have a kickboxing match with Jake Paul after... 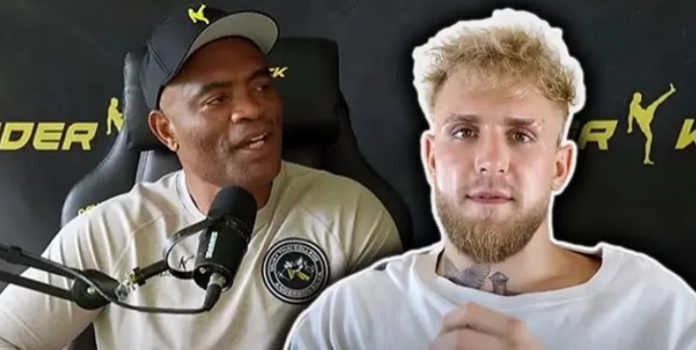 Mixed martial arts legend Anderson Silva has hinted at a possible rematch with Jake Paul when their boxing show ends, but this time he will choose a different fighting style.

This is the second time Brother Paul has faced the GOAT of martial sports, and older brother Logan boxed against Floyd Mayweather in 2021.

Silva has moved into the boxing ring from the world of mixed martial arts and has achieved great success, and his upcoming fight with Jake Paul is another huge interest for fans.

“Spider” met with the YouTube group “The Nelk Boys” on an episode of their podcast Full Send to discuss his fighting career and future fight with Jake, when influencers started joking that Silva should elbow or kick if he starts floundering against the influencer.

It was then that Silva mentioned the possibility of a second fight with Jake, but this time it would be kickboxing.

“I’ll talk to Jake and say, ‘Let’s have another fight, but I’ll show up. Kickboxing,— Silva said. “You kick me, I can kick you. But I promise I won’t kick you hard.

This Parallel Between “Enola Holmes 2” and “Stranger Things” Proves That...