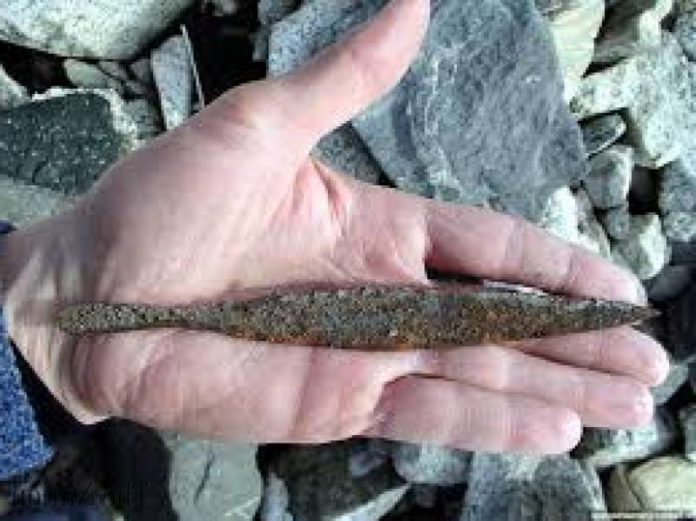 Climate change, which threatens the future of the world and the life on the earth, also causes the emergence of ancient artifacts under the glaciers. A 1,500-year-old arrowhead was found under the melting glaciers as part of a program in Norway.

Climate change, one of the biggest threats of our world and life on earth, has led to the emergence of the arrow buried under a glacier for exactly 1,500 years.

The ancient arrowhead, dating back to the Germanic Iron Age, was discovered in the south of Norway. In the northern part of Norway, the arrow of the arrow and a feather were also found. The arrowhead is 17 inches long and weighs just over 28 grams.

Arrow head caused by climate change
Archaeologists, who made the discovery, said that climate change also affected the Jotunheimen glacier and led to the emergence of structures under the ice. The anthropologist Shoshi Parks, included in the Glacier Archeology Program, used the following statements:

“Three national parks unite in this region in the center of Norway. However, Jotunheimen is the most remarkable among them with its 250 peaks higher than 1,900 meters. Also among these summits are Galdhøpiggen and Glittertind, which are the highest points in Northern Europe. ”

According to the statements made by the experts, the hot weather caused by climate change caused many glaciers in Norway to be significantly melted in recent years. Of course, the dissolved glaciers allow archaeologists to find remains from the past, but can also destroy remains that were not discovered in time.

Lars Pilø, one of the participants of the Glacier Archeology Program, stated that they experienced rapid melting in their region and that they found pieces of human history for this reason. Continuing their work in Jotunheimen, the team discovered an ancient snow racket designed for horses last year. It is believed that this discovery coincided with the Viking Age or the Medieval Period.

Within the scope of the Glacier Archeology Program held in Norway, more than 2 thousand works were found, the oldest of which was 6 thousand years old. Among the works included in the program are many things such as man-made hunting tools, leather and clothes.