Home Entertainment Anatomy of passion: the best character traits of the main characters 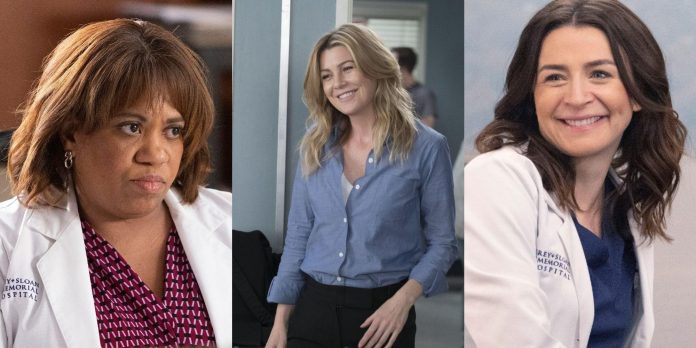 Grey’s Anatomy is the world’s longest-running medical drama, with it just having finished its 18th season with its 400th episode. The series has also recently been commissioned for a 19th season, due to start airing in the fall.

With the show having been on the air for nearly 20 years, it has had a lot of characters come and go, all with different characteristics and personalities. The current cast is the same, with each doctor exhibiting a personality trait that defines who they are above all the rest.

Amelia arrived on Grey’s after Private Practice had finished, determined to start a new life in Seattle after leaving her fiancé. She has now been on the show for almost 9 years and used to be a fairly polarizing character for many fans.

Related: The 10 Best Patients From Grey’s Anatomy, According To Reddit

What won her critics over was her biggest personality trait: her compassion. Even with a brain tumor, she never failed to show kindness to those who needed it the most. For example, when a young boy accidentally shot his best friend, she was the only one who spoke to him gently about his friend’s condition.

Given that Meredith Grey has appeared in almost every episode of her show, one trait that the star of Grey’s Anatomy has never been found lacking is her determination. This personality trait is all about never giving up, even in the face of insurmountable odds. This fits Meredith to a tee.

This goes back all the way to season 1 when she is determined to follow her mother’s wishes to keep her Alzheimer’s diagnosis hidden from the rest of the medical community. Not to mention, Meredith also fights for justice, even if it lands her in jail or could potentially cost her medical license.

Some could argue that Owen Hunt is very inflexible, especially with his personal and political views. After all, he blamed Cristina for aborting their fetus, yelling at her for ‘killing their child’. Owen knew that Cristina didn’t want children so that shouldn’t have been such a shock.

However, since then, Owen has had years to grow. He has gone to therapy, his sister came back from the dead, and he became wiser. For instance, when Leo said that they were a girl, Owen was the calm, encouraging presence, showing that adaptability is indeed his strength.

Like with Owen, this might be a controversial choice, given that when faced with the choice of sleeping with Tom Koracick or remaining faithful to her fiancee, Teddy chose the former. However, it was established in season 17 (one of Grey’s Anatomy’s best seasons) that Teddy was still suffering from PTSD during that time.

Not that that is an excuse, but it explains why Teddy was acting so out of character. Teddy is usually so courageous, for example, when she assisted Jo Wilson on a traumatic rape case, or when she spent years serving in the army after her best friend and romantic partner died in the fall of the Twin Towers.

Jo Wilson first made her Grey’s Anatomy debut in season 9 as one of the many new interns that season. At first, Jo seemed to act a bit whiny; she cried after being told off by her boss, Meredith, after making a mistake, asking Owen why she was so mean.

As the show went on though, viewers learned more about Jo’s tragic past. Jo’s greatest personality trait is her independence because she has faced so many trials alone. The reason she was able to survive her abusive husband was because of her own personal strength; no one was there to help her through it.

Bailey was iconic from the very moment she first appeared on fans’ screens. Her ‘5 rules’ quote is one of Grey’s Anatomy’s best, as is her infamous ‘va-jay-jay’ line. There is a reason Bailey is well-liked and it’s because of her endless supply of patience.

Right from the start, Bailey exhibited a surprising amount of patience in dealing with her interns on a daily basis, especially during and after the LVAD incident in season 2. She used that patience to work her way up to become an attending, and again when she finally achieved her dream of becoming Chief of Surgery.

Richard Webber is one of the few Grey’s Anatomy characters still alive from season 1. During his six-and-a-half-season tenure as Chief of Surgery, Richard made for an excellent boss. He was firm but fair, and rarely allowed his ego to interfere with his decisions.

The biggest thing that made Richard so good at being Chief was the fact that he was so trustworthy. Characters could confide in him and he would do his best to give honest and personal advice. This continues to this day, with him helping out both Amelia Shepherd and Robert Sullivan with their sobriety.

Maggie Pierce has lots of amazing qualities. Many fans would consider her intelligence to be her main personality trait, with good reason. Maggie became the youngest Head of Cardiothoracic Surgery due to her advanced intelligence and she graduated from medical school at the age of 19.

Related: Grey’s Anatomy Couples That The Show Should’ve Explored, According To Reddit

However, her one defining characteristic is her honesty. Maggie hates lying and she hates keeping secrets. She would much rather prefer people to be honest with her, even if it hurts, and she is never afraid to tell harsh truths, albeit in a gentle and compassionate manner.

Much like Jo, during his first season on Grey’s Anatomy, Levi Schmitt was difficult for fans to warm up to. He was far too over-eager and like most other interns, all of his various antics as an intern were just so cringe; he started crying during trauma training because April was being a bit mean.

Fortunately, as soon as Levi came out as gay, his personality changed radically. He became more confident in his own abilities and he started wearing contacts. Plus, his true personality trait was revealed; helpfulness. He never denied help to anyone, even Nico when he was in one of his moods.

Link first appeared in season 15 as the new orthopedic surgeon following on from Callie Torres’s departure in season 12. He served the purpose of being one of Meredith’s love interests for the first half of the season and then being Amelia’s friends with benefits for the second half.

However, he still had his own personality and agency which allowed his most defining characteristic to flourish: his optimism. Whatever the situation, Link would find the positives. For example, Link would dress up as Father Christmas in his time off to surprise kids at the cancer ward at Christmas.

Malnazidos, The Video Game, Is Now Available On PlayStation