Home Crypto Analytical Firm Detected! This Is How Russian Officials and Oligarchs Might Be... 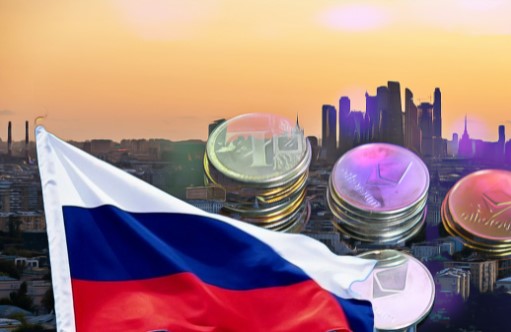 While tensions between Russia and Ukraine continue, many countries, banks and companies continue to impose sanctions against Russia. Therefore, Russia may have turned to cryptocurrencies to escape these investments.

So much so that crypto analytics firm Elliptic said in a statement that it informed authorities about a digital wallet that could be linked to Russian authorities and oligarchs.

Cryptocurrency analytics firm Elliptic has found that due to the ongoing Russia and Ukraine crisis, Russian officials and oligarchs may have turned to cryptocurrencies to evade sanctions.

So much so that Elliptic announced in its statement that it informed the authorities about a digital wallet that may be linked to Russian authorities and oligarchs.

Elliptic co-founder Tom Robinson said in an interview Monday that the wallet holds millions of dollars’ worth of “significant cryptoasset assets.”

The finding came amid a heated debate over whether cryptocurrencies could be used to evade additional sanctions on Russian oligarchs and officials since Russia’s invasion of Ukraine.

With authorities confiscating oligarchs’ yachts and offshore fiat assets, some worried they would turn to Bitcoin, Tether, and privacy-providing assets.

In the continuation of his statements, Robinson stated that cryptocurrencies can be used to avoid sanctions. The important thing here is what kind of scale it will be.

It is not realistic for oligarchs to completely circumvent sanctions by pouring all their wealth into crypto. Because cryptocurrencies are highly traceable.

Elliptic, whose clients include government agencies and crypto exchanges, has identified more than 400 virtual asset services that allow their mostly anonymous users to buy crypto with rubles. Robinson said last week that activity on these exchanges tripled in late February from the week before the start of the war.

Cryptocurrency exchanges, from Binance to Coinbase Global Inc., have said they will abide by the imposed sanctions. Both exchanges said they will not stop serving all Russian customers.

In addition, Robinson said in his statements about the sanctions;

“Overall, the level of compliance with enforcement is very high.”