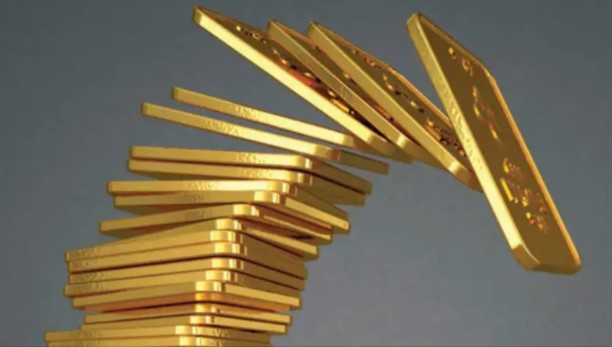 The gold market continues to hold its positions, despite the fact that bond yields have reached the highest level in the last three years. While rising inflation is supporting the precious metal, some analysts warn that it faces growing obstacles due to higher interest rates and the strengthening of the US dollar.

On Wednesday, the yield on 10-year US Treasury bonds rose to 2.63%, the highest level since mid-March 2019. Bond prices have been falling steadily since Tuesday after Federal Reserve Chairman Lael Brainard said inflation was too high and that the Federal Reserve could shrink its balance sheet faster than expected.

In addition to rising bond yields, the US dollar is showing new momentum as the index tries to retest the resistance at 100 points. Currently, gold futures for June delivery are trading at $1930.70, which is 0.17% more for the day. The growth of bond yields is traditionally negative for gold, increasing the opportunity costs of owning an inefficient asset, a precious metal. But analysts say that increased uncertainty in the market and increased volatility are helping gold resist rising bond yields, at least for now.

Jim Wyckoff: I doubt there will be more bullish sentiment on gold

Senior technical analyst Jim Wyckoff argues that despite the rise in bond yields, inflationary pressures are also intensifying and providing fundamental support for gold. The analyst gives the following assessment:

The yellow metal has historically been a protection against problematic price inflation and, consequently, its elasticity. Gold prices are currently consolidating or stagnating. But I doubt there will be more bullish sentiment on gold in the coming months.

Lukman Otunuga, head of market analysis at FXTM, says that although bond yields have risen sharply this week, gold investors are still waiting for more information. The analyst adds that the minutes of the Federal Reserve’s monetary policy meeting in March may determine the next major breakthrough for gold. The analyst interprets the market as follows:

The price action below shows a potential breakout on the horizon and a fierce fight between bulls and bears. Gold seems to be waiting for a strong fundamental catalyst that will shift the balance of power in favor of bulls or bears.

According to Lukman Otunuga, the minutes of the Fed’s March meeting could put strong pressure on gold prices by raising dollar and treasury bond rates as policymakers raise the possibility of a 50 basis point hike in May.

Meanwhile, as we reported in Somagnews news, the ongoing conflict in Eastern Europe remains the main wild card for the precious metal, which attracts significant demand as a haven. The analyst indicates the following levels for gold in case geopolitical tensions provoke risk aversion:

This could give the bulls enough strength to defend $1,900. Nevertheless, rising expectations of an interest rate hike, the strengthening of the dollar and the yield of treasury bonds may lead to a decline in gold prices to $1,900, like butter on a hot knife. A break below $1,900 could open the doors to $1,875.

In a recent interview, Chris Vecchio said that he suspects that gold has reached a one-year high as markets pay attention to the threat of rising inflation. He adds that the Federal Reserve’s focus on rising consumer prices will eventually put pressure on gold.

Currently, the markets assume two rate hikes of 50 basis points before the end of the first half of the year. The analyst also notes that as major central banks around the world try to raise interest rates, it’s more than just the Federal Reserve, commenting:

The market is most concerned that inflation is not stabilizing. Currently, gold is playing ping pong in a narrow range, but faces a number of serious problems.

4 altcoins in the Polka dot (DOT) network are experiencing serious...