To date, Chainlink (LINK) was in an unstoppable uptrend. The crypto asset recently hit an all-time high of $ 20, seen as nearly a thousand percent higher than the low of the March crash.

The number of people waiting for LINK to stop the price movement was hardly counted, but as a result, it happened on Monday. In about 30 minutes, Chainlink’s price dropped dramatically from the $ 18.80 range over 20% to $ 14.50. Analysts are trying to react to this decline. As of writing this article, Chainlink is at the level of $ 16.71 according to Coinbase data.

Some remain optimistic, but once it is revealed how remarkable this sudden collapse really is for Chainlink; It can be said that the popular cryptocurrency asset of recent days is in a downward trend. LINK currently stands out as the fifth best cryptocurrency according to Coinmarketcap data and seems to have dethroned Bitcoin Cash as well.

Analysts were surprised when the digital asset collapsed from the $ 18.80 price zone to the $ 14.50 zone in the 30-minute period. The digital asset has dropped very fast so far.

Despite the uptrend, analysts continue the downtrend.

One trader shared the following chart after the drop and argued that Chainlink and Bitcoin falling consecutively is a “bad omen”: 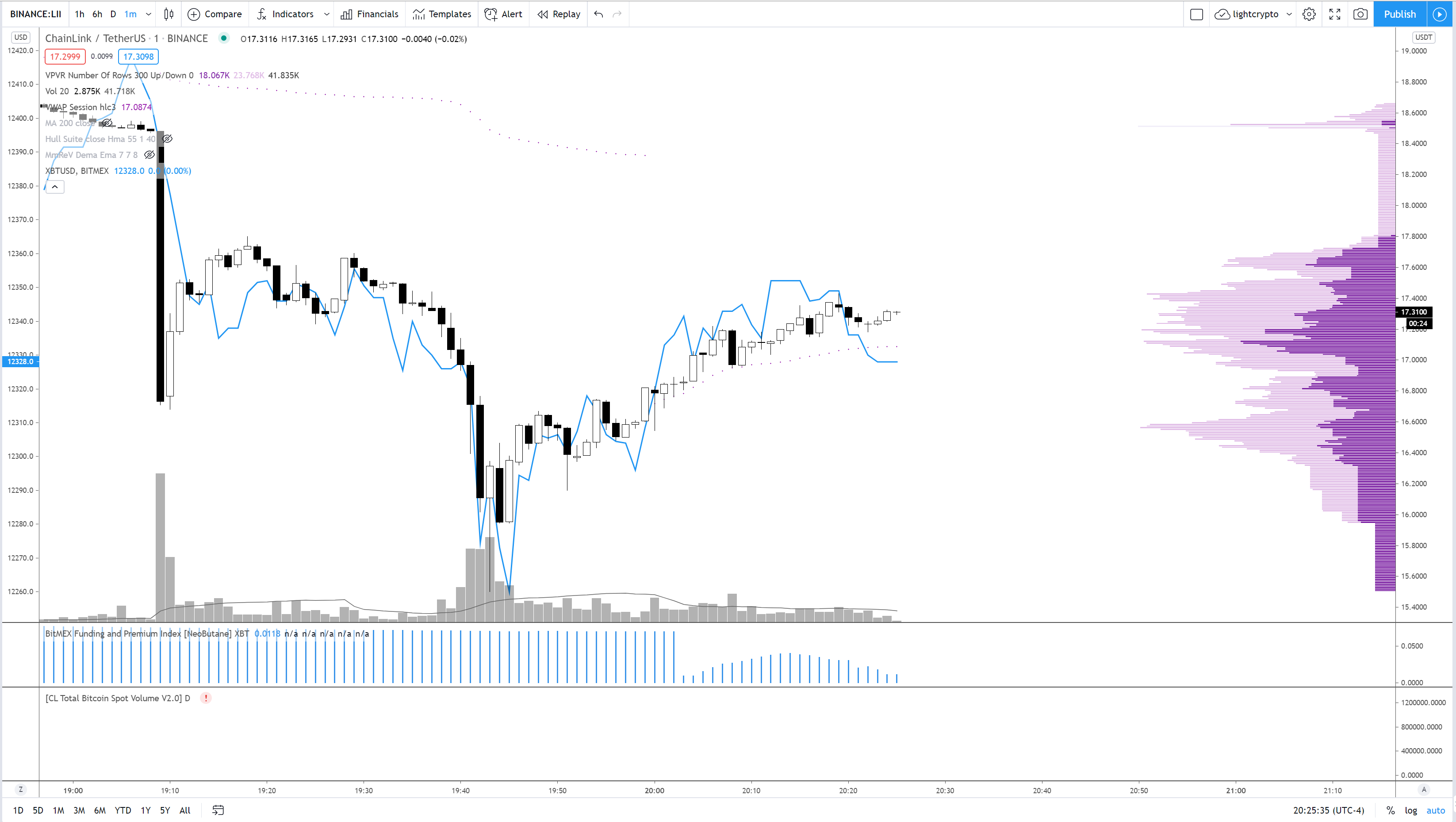 “LINK / USD and BTC / USD moved together in this decline. This behavior has changed significantly from the previous negative correlation – when BTC drops, LINK rises and vice versa. I think what is happening now is a sign of abuse. ”

In a study by a cryptocurrency research firm called Blockfyre, attention was drawn to LINK’s price action. Noting that the price action of the digital asset is gradually weakening, the research suggests that a potential decline appears.

See Also
Has the Chainlink (LINK) Price Begun to Decrease?

What could unexpectedly raise the price of Chainlink is Dave Portnoy’s involvement in the project.

The founder of Barstool Sports, who became a famous daily trader, bought LINK with the help of the Winklevoss Twins last week. Portnoy bought $ 50,000 worth of LINK as he was about to buy it worth about $ 125,000 in a semi-viral video posted on Twitter.

Although his stake in LINK is relatively small compared to his share in Bitcoin; Portnoy has since become an ardent advocate of this popular altcoin.

Portnoy has millions of viewers following every investment it has made in the last four months. According to Bloomberg, the founder Barstool Sports has so much influence; caused the 30-day volume of an ETF to increase exponentially.

Blackmagic launches a camera that records in 12K