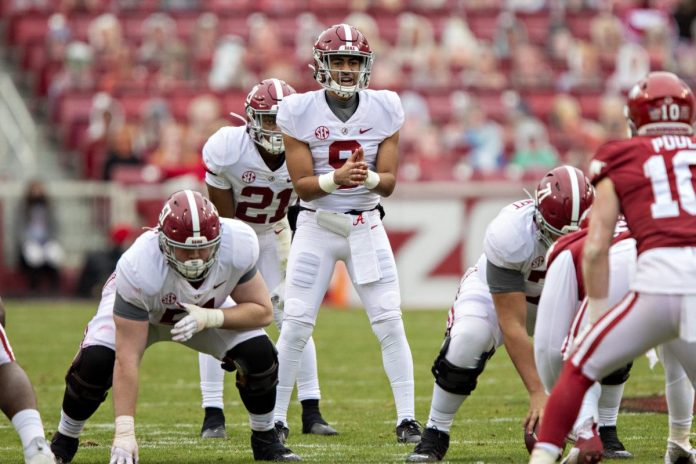 Alabama has 12 opponents on its 2022 schedule, including a big non-conference game in Texas, a trip to Death Valley against LSU, a home game against Texas A&M and the Iron Bowl.

But there is another game that at least one analyst called the “most important” game for the Crimson Tide this season. In an article for 247Sports, analyst Isaac Trotter argued that their away game against Arkansas is important.

Trotter explained that Arkansas could become a trap game, and Alabama will focus on preparing for the Texas A&M game next week. He believes that the crowd will be noisy and eager for a major victory over the Tide.

“Everyone will be focused on Alabama vs. Texas A&M next week, but this matchup against Hogs is going to be huge. Nick Saban, at his best, keeps his team focused on the task at hand and does not look ahead. Alabama should be blocked. against a Hogs team that has bad intentions and would like nothing more than to score a trademark victory over Alabama in front of a boisterous home crowd, but Bryce Young and Will Anderson will prepare their team for the game against Arkansas before preparing to transfer Texas A&M — a thick piece of humble pie,” Trotter wrote..

But judging by history, Alabama fans really have nothing to worry about. The Tide are going through a 14-year winning streak in Fayetteville, and only three of them have been decided by a single score.

Nick Saban has never lost to Arkansas since he joined the team in 2007, and bookmakers do not believe that this series will end in 2022.

That doesn’t mean Razorbacks can’t do it. Almost all series are interrupted sooner or later, and anything can happen in college football.

Is Arkansas the most important game on Alabama’s schedule this year?