According to market analysts; Ethereum (ETH) could drop to $ 300 and suffer huge losses with resistance around $ 360. Although Ethereum manages to hold onto the $ 350 resistance zone, the encountered resistance is thought to have a greater negative impact on the price.

Ethereum price, which has declined by 0.6% in the last 24 hours, is currently trading at $ 355. Although ETH did not fall below the support zone set at $ 350, according to analysts; For Ethereum price, a massive loss could be in the pipeline. Saying that the $ 360- $ 365 threshold for Ethereum is a major obstacle to the uptrend, experts say that the ETH price may drop below $ 300 with a trend to be encountered here.

Dutch analyst and trader Michael van de Poppe, known as Crypto Micheal, suggested that if Ethereum fails to break the $ 360 threshold, which is the critical resistance zone, the bulls’ hand could weaken. Poppe said that when this resistance is broken, an uptrend can be experienced, but he also underlined that it is more likely to encounter a rejection and a downward movement.

On Twitter, the owner of Farmer Status account, podcast publisher and trader made statements supporting Crypto Michael. The trader announced the route he was waiting for ETH with the chart he shared. The trader, who has over 70 thousand followers on Twitter, says that looking at the charts, the ETH price may see the range of $ 275 – 300 in the future. 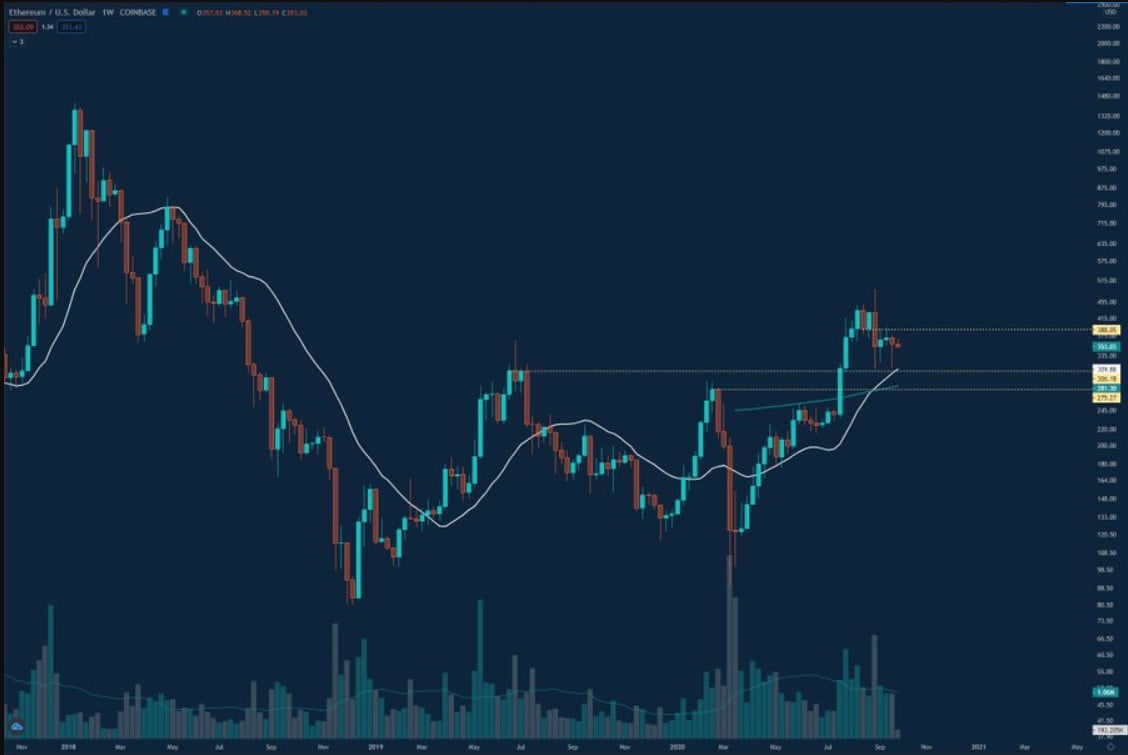 If It Can Achieve Enough Acceleration, It Can Rise

Crypto Michael also included ETH charts in the analysis video he shared last week. Michael underlined that the resistance at $ 334 should be maintained and set one of the most important resistance points at $ 385. The trader said that if Ethereum strengthens its hand enough it could gain momentum towards $ 440. But Michael, who also mentioned a possible resistance to be encountered at $ 400, stated that the ETH price could see $ 279.

See Also
Ethereum (ETH) Transaction Fees Are Out Of The Line

Water found on the moon: announced by NASA!

Side effect for those who survive the coronavirus:

If your computer does not recognize the cell phone?

Messi is also demanding with the albiceleste

Funny accident that BTS idols had at rehearsal

First images of Ciri for Season 2 of the Witcher on...