Home Crypto Analysts: Bitcoin Could Drop To These Levels In The Coming Days! 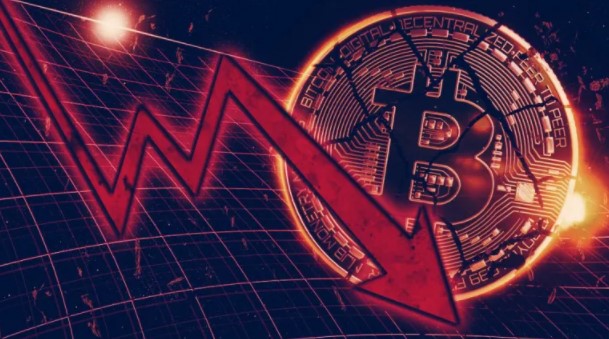 Bitcoin (BTC) could potentially re-enter the $20,000 range, but a new analysis predicts that the coming weeks will be a good time to buy. In its latest market post on February 24, Decentrader outlined the remaining support zones between the current Bitcoin spot price and $20,000.

Russia’s military intervention in Ukraine sent markets into the abyss on Thursday as stocks and cryptocurrency continued their steady downtrend while scaring Asia, Europe and the United States. Bitcoin has lost more than 10% in less than 24 hours and analysts believe the worst is yet to come. As a result, the Decentrader report, like many other experts, is wary of its trading decisions. Market expert Philip Swift sums it up as follows:

In times of uncertainty like these, it’s helpful to be absolutely clear about your plan. Investors can survive if they have clear override levels and effective risk management. We are reaching historically important support levels for long-term investors, and anywhere in this range is likely to be a solid spot for the dollar-to-cost average in the coming weeks.

While Bitcoin’s 200-week moving average (WMA), currently above $20,000 and climbing, has never been compromised in previous bearish markets, it is an absolute streak for bulls. Analyst “Swift” is feeling a dip below $30,000 with takeoffs below the 20-week moving average, similar to the March 2020 COVID-19 crash pit. The report addresses this situation as follows:

If the price continues to drop, the 20WMA Divergence bands indicate a possible support zone for Bitcoin between $29,382 and $25,253. Price deviated from the 20WMA most recently in the March 2020 covid crash – but we got closer again in the summer 2021 crash.

According to the report, while it is impossible to predict, upside targets for Bitcoin (BTC) are $37,500 and $41,100 in case of a change in wealth.

Decentrader isn’t alone in telling investors not to let their emotions get the best of them during these difficult times. A popular Twitter analyst, Crypto Chase, echoed this sentiment, suggesting that long-term methods need not be abandoned:

The next few days are expected to be turbulent and headline-based. Most people (including me) would probably be better off flat, but only time will tell. Business as usual, but in a turbulent time. In his most recent report, he advised caution.

Meanwhile, the struggle between gold and digital gold continues, with XAU/USD hitting $1,970 and BTC/USD barely recovering from overnight lows of $34,300.

Smart money buys from this coin of the Metaverse and sells...