Home Crypto Analysts are monitoring these two Metaverse tokens: both are available on Binance! 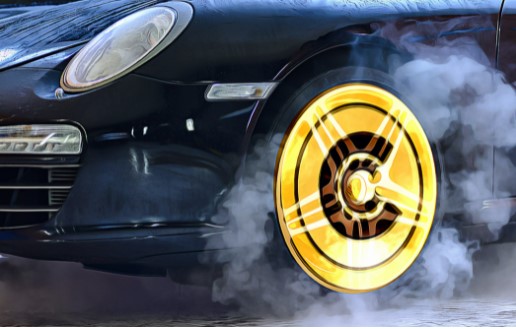 The metaverse has entered our lives, especially after the Facebook meta-movement, and since then, both very popular coins and metaverse coins have been followed by almost all cryptocurrency investors. So, which 2 coins of the metaverse, according to analysts, should be followed in April?

Axie Infinity (AXS) can be defined as an anonymous metaverse token associated with games, which initiated the “play to win” trend. The token was created in 2018, but did not attract much attention before the pandemic period.

Players buy NFT characters known as Axies and then use them in the game. These characters are purchased for Axie Infinity tokens. Players can sell or exchange their Axie for fiat currency at any time. Characters can also be bred to maximize their value, with some bringing in more than $600,000.

The game also sees a massive influx of new players, despite the cooling off period that the entire NFT market has gone through. According to ActivePlayers.io , as of the end of February, more than 2.6 million people play Axie Infinity every month. This means an increase of 64 percent in 1 year. At the time of writing, AXS is trading in the $63 range.

Enjin Coin is a token project of Enjin, a blockchain—based gaming company founded in 2009. Thus, Enjin is actually one of the oldest players in the metaverse.

The company focuses primarily on immersive games and virtual reality. For example, Enjin Coin helps to support popular blockchain games with a presence effect, such as The Six Dragons and Age of Rust, both of which have win-win options. The Enjin network allows players to create their own chat rooms and websites and even host virtual stores.

Enjin also owns a universal platform known as Efinity, which is designed for developers, businesses and individuals. To date, Efinity has launched more than 70 successful cryptocurrency and NFT projects. It is also reported that the company has created a $100 million fund to help create future projects aimed at becoming the dominant development platform for Web 3.0. At the time of writing, ENJ is trading at $1.81.

Leading Trader: Bitcoin Will Be At These Levels Until December!

Does It Make Sense To Buy Ethereum? 2022 ETH Predictions!