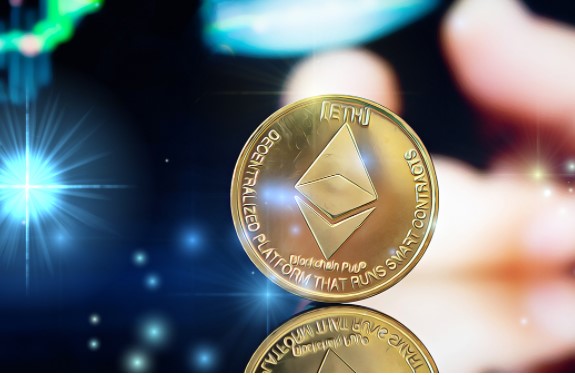 Following the Fed’s statements, prices in the cryptocurrency market started to rise as Bitcoin (BTC) rose 4.11% and put strong pressure on $39,000. This price surge in Bitcoin has sparked a wave of momentum that has helped boost other cryptocurrencies in the market.

Let’s take a look at what the analyst had to say about price action for Ethereum and where it could go in the short term.

Ethereum Had a “Nice Leap”

Data from CoinMarketCap seems to have responded positively to bullish expectations as the price of top smart contract platform Ethereum (ETH) rose 8.11% on the 24-hour chart to hit a daily high of $2,723.

On the other hand, cryptocurrency analyst named “CryptoAmsterdam” shared his predictions about the popular altcoin. With this post, CryptoAmsterdam has published the chart below that summarizes the possible path Ethereum price may take in the near future.

The famous analyst gave the following statements in the continuation of his statements;

“If we go back below the lower time frame range and break this small trendline, we will look for a potential short-term bias change.”

A Bottom Pattern Is Forming On The ETH Chart

On the other hand, another crypto analyst named John Wick gave more information about the course of Ethereum. In his statements, the famous analyst emphasized that a bottom formation has formed on the chart of the popular altcoin Ethereum.

The famous analyst gave the following statements in his statements about the bottom pattern on the ETH chart;

“Ethereum is showing the same bottom pattern as it tries to break out of the resistance zone. Ethereum needs to see more bullishness to break this pattern.”

Finally, the cryptocurrency analyst nicknamed ‘TheCryptoCactus’ published the chart below, which summarizes an area of ​​intense accumulation as well as an important support and resistance zone, in addition to his statements about Ethereum. He stated that he was in a good position for However, he said what is needed next is to “get a valid support/resistance exchange of $2,850”.

“Personally, I would rather wait until I turn $3,000 back to support and then fake a big position.”

BNB Whales Are Flocking To This Meme Token!