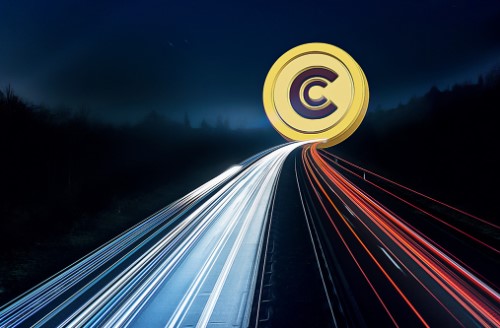 The market is in a downtrend these days. This can be seen as a good opportunity to enter a potential project. But traders wonder which project has the greater potential. Focusing on cryptocurrencies in its latest video, Youtube channel ‘Cheeky Crypto’ made statements about 5 altcoins that it thinks are traded below its value, which have the potential to make investors millionaires easily.

The first altcoin to be mentioned on the list is Loorping (LRC). LRC is the Ethereum-based cryptocurrency of Loorping, an open protocol designed to create decentralized crypto exchanges. The analyst states that obviously there has been a jump, but lower prices may be seen in the short and medium term. He added that it is normal to experience such situations during the bear market cycle. Despite this, the analyst also states that Loorping (LRC) will maintain its solid stance and states that the project has a solid team, solid technology and solid use cases. That’s why it places Loorping (LRC) first on the list. LRC is currently trading around $0.55.

The next cryptocurrency is Storj (STORJ). Storj (STORJ) is an open source cloud storage platform. It uses decentralized methods to host user data. The platform also protects the data it hosts using advanced encryption. It is stated by the analyst that there will be situations that require the use of the project in the future and that it deserves to be on the list.

It is currently showing a cheaper appearance than expected. Storj (STORJ) is trading around $0.54 and is ranked 136 in the market.

Polygon (MATIC) is the other altcoin on the list under $1. Polygon (formerly Matic Network) stands out as the first well-structured, easy-to-use platform for Ethereum scaling and infrastructure development. Its core component is the Polygon SDK, a modular, flexible framework that supports building multiple application types.

It is stated by ‘Cheeky Crypto’ that the project is really solid and its future looks good too. It is currently trading at $0.64 and is ranked 17th in the market cap. It is emphasized by the analyst that although it has experienced a decrease of 7 percent in the last market movements, it still shows an example of a solid stance at the level it is at now.

The next altcoin is Cardano (ADA), which we all know closely. Cardano (ADA), whose goal is ADA, send and receive, is a platform with a crypto system. This cryptocurrency represents the future of money and enables fast, direct transfers that are guaranteed to be secure with cryptography.

Cardano is not just a cryptocurrency, it is a technological platform that can run financial applications used by individuals, organizations and governments around the world every day. The platform is built in blocks to make it easier to update the system and upgrade with soft forks. Upon completion of the core layer that will govern ADA, a separate computational layer will be created to handle smart contracts, digital legal agreements that will support future trade and business. They also have an upgrade towards the end of June. Despite everything that is currently on the market, it is underlined by ‘Cheeky Crypto’ that with the developments that can be seen, he can move forward with firm steps to find new heights for himself. ADA ranks seventh by market capitalization at press time. It is currently finding buyers at $0.51.

The fifth and last project we will talk about will be SingularityDAO (SDAO). SingularityDAO is a truly Decentralized Autonomous Organization designed to simplify access to the crypto economy. SingularityDAO has created the first decentralized, unattended, dynamically tuned token baskets (DynaSets) controlled by a team of traders, eventually transferring majority control to highly advanced AI. It is currently used daily on Wall Street as well. However, it is stated by the Youtube analyst that what will happen in the crypto universe is currently unknown. It uses AI and machine learning to outperform other mutual funds. SingularityDAO is currently ranked 525th and is trading at $0.8.