Home Crypto Analyst: “You Can Double Your Income With Staking In Altcoins!” Here are... 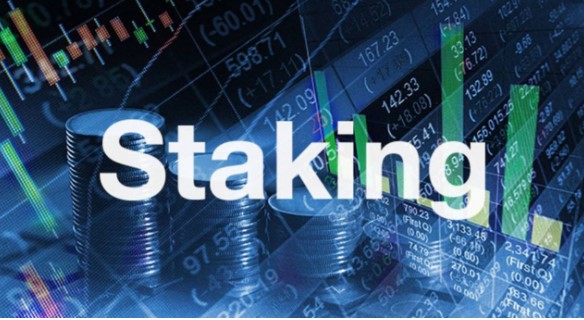 Staking has been very popular among cryptocurrency investors lately. Because with staking, investors can earn passive income. Altcoin Buzz, one of the popular analysis channels of the market, also lists the 4 staking platforms that offer the best returns.

Expressing that Altcoin Buzz offers the best opportunities for staking, the first of its platforms is Axie Infinity (AXS). Axie Infinity is a blockchain-based war game where players are in control.

According to the analyst’s statements, Axie Infinity offers a high return. With Axie you can stake directly from the Ronin wallet and keep control of your cryptocurrencies. In the statements made, it is stated that up to 76% income can be obtained with staking in Axie. It is also underlined that more than a third of AXS are currently staked. This allows comments to be made that the staking mechanism is working and will continue to work in the future.

However, the analyst warns investors that there are some risks. E.g; Investors may have to use a chain they do not want to use. Ronin has an Ethereum sidechain and mobile and browser wallet options. In addition, the analyst states that there is a risk for Axie to lose its lead in P2E games. AXS is trading in the $56 band as of the writing of the article.

Uniswap is a popular decentralized transaction protocol known for its role in facilitating automated transactions of DeFi tokens. Uniswap is the ninth largest DeFi application with TVL at approximately $8 billion at the time of writing. About 7 billion of this figure in UniSwap, which is a completely decentralized platform as a liquidity pool, is locked in Ethereum.

According to the analyst’s statements, Uniswap has no order book and you don’t traditionally stake, so it offers higher APY. Uniswap’s native cryptocurrency UNI is trading at $10 at the time of writing.

PancakeSwap is an automated market maker (AMM), a DeFi application that allows users to trade tokens, provide liquidity through farming, and charge for it.

PancakeSwap is valued at over $4 billion on TVL. CAKE is seen as an important cryptocurrency as it is popular with many staking liquidity pools. CAKE is trading at $6.5 at the time of writing.

Cartesi is described as the first operating system on the blockchain, a Layer-2 solution, a platform that integrates Linux and standard programming environments into the blockchain.

According to the analyst, creating scalable smart contracts with Linux instead of the robustness required by EVM is considered a smart strategic move.

In his statements, the analyst states that users can stake directly with their wallets, without having to sell their cryptocurrencies. Cartesi’s cryptocurrency, CTSI, is trading at $0.39 at the time of publication.