Home Crypto Analyst with forecasts: AVAX and points to these altcoins! 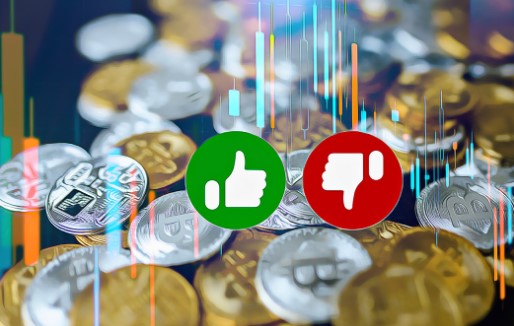 Michael van de Poppe, a crypto investor and analyst who has been making predictions so far, draws attention to these altcoins, including AVAX, during this period when the spread of cryptocurrencies is growing.

The analyst is known both for a large number of subscribers and the influence of his referrals on them, and for always making successful predictions in history. The first altcoin that Poppe drew attention to is Chainlink (LINK). The analyst predicts that there is a great need for oracles in DeFi, and well-established initiatives such as LINK will become increasingly valuable. At the time of writing this article, LINK is trading at around $13.85, which is 4% more than in the last 24 hours. In addition, LINK shows an increase of 1% per week and a decrease of 7% per month. The analyst claims that LINK has experienced a two-week decline, and now there is a period when it will gain momentum due to the rises.

According to the analyst, the next altcoin on Poppe’s radar, Ankr (ANKR), is at a significant level of support. Poppe predicts that ANKR will rise if it exceeds $0.1. At the time of writing this article, ANKR is trading around $0.7, which is about 5% more in the last 24 hours. In addition, although ANKR has been increasing by 8% on a weekly basis, it seems that it has not yet recovered from its monthly decline close to 1%. However, as the analyst said, if ANKR continues in the same spirit, it may show us growth that will not allow us to recover its losses.

Finally, the analyst emphasizes that Avalanche (AVAX) has achieved significant distribution and is rapidly expanding its ecosystem. The analyst emphasizes that this implementation may mean a tenfold increase in the cost of first-level blockchain projects. In this process, AVAX confirms this growth: the number of accounts created daily exceeds 500,000. In addition to all this, AVAX is trading at about $77.75, which is 6% higher in the last 24 hours. In addition, AVAX shows an increase of 5% per week and a decrease of 13% per month, showing that it has not yet recovered what it lost.