Home Crypto Analyst: These 3 coins of the Metaverse have great features! 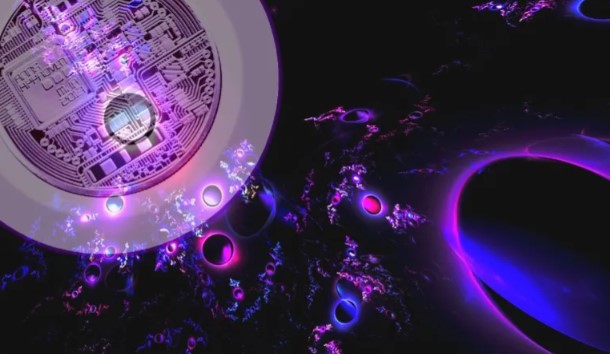 The market is bearish these days, and this is a great opportunity to tackle some potential projects and make a nice profit. However, traders are still not sure which altcoin is the most potential in the market. Tom, cryptanalyst of the CryptoBusy Youtube channel, talks about the three best projects of metaverse coins with great potential that traders should not miss. We have prepared analyst posts for our readers.

The first metaverse coin project on the list is Moonbeam (GLMR).

Moonbeam is an Ethereum—compatible smart contract blockchain on Polkadot. Moonbeam makes it easier to use popular Ethereum developer tools to create or distribute Solidity projects in a substrate-based environment.

The analyst claims that developers are steadily developing. It’s a first-level solution, so they’re trying to solve it from scratch. They are trying to be included in the main network and compatible with Ethereum. The analyst said: “There are some very good things in this. This is a great project. That’s why Moonbeam is at the top of the list.”

Harmony, which we also talked about in the Somagnews news, is a blockchain platform designed to facilitate the creation and use of dApps. The network aims to innovate in decentralized applications, focusing on the sharing of random state, which allows you to create blocks in seconds.

According to the analyst, Harmony has a huge growth potential this year thanks to the development they have made. “What they are trying to do is that when you see red in the markets, it means there is fear in the markets, which is a very good signal,” the analyst said. That’s what you need to know.”

The latest coin project of the metaverse Enjin Coin (ENJ)

Enjin Coin is a project of Enjin, a company that provides an ecosystem of interconnected blockchain—based gaming products. Enjin’s flagship offering is Enjin Network, a social gaming platform where users can create websites and clans, chat and host virtual goods stores.

Enjin allows game developers to tokenize game items in the Ethereum blockchain. Enjin Coin, an ERC-20 token, is used to support digital assets issued using the platform. This means that items can be bought, sold and exchanged at a real price. This is another cryptocurrency in the metaverse, and, according to the analyst, it is a big industry.

A lawsuit against a well-known stock exchange due to the loss...

Today is the Big Day for These 16 Altcoins: Here’s What...