Home Crypto Analyst: These 3 Altcoins Could Explode During the Consolidation Period! 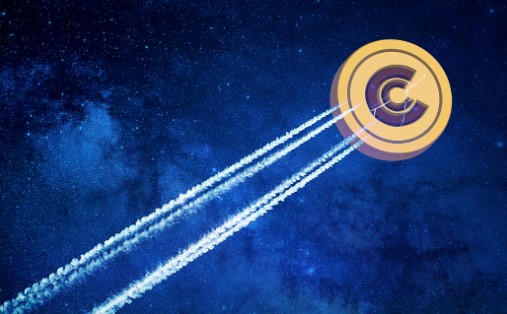 We continue to see volatile moves in the crypto money market, and analysts in the market continue to examine especially altcoins. The host analyst of A Chain Of Blocks, one of the popular cryptocurrency YouTube channels of the market, also stated that he is examining 3 altcoins and that they can make big moves during the consolidation period.

Polkadot (DOT) is the first altcoin with a huge upside potential in the near future, according to the analyst. Polkadot can be defined as an open-source multi-chain protocol that facilitates the cross-chain transfer of not only tokens but any type of data or asset, thus allowing blockchains to be interoperable.

According to the analyst, the DOT charts look exciting right now, as the analyst states that the DOT is just at the beginning. However, the products and advantages offered by Polkadot may also pave the way for the rise of the cryptocurrency.

According to the analyst, the altcoin, which has the potential to increase during the consolidation period and is the 11th largest cryptocurrency in terms of market capitalization, is trading at $ 10.3 at the time of publication.

The second subcolumn examined by the analyst is Dock (DOCK). Dock can be defined as a platform designed to provide businesses and developers with a simple solution to create, manage and present digital credentials that can be instantly verified using blockchain technology.

In terms of the analyst token economy, the project says they have a total supply of $1 billion. Limited supply may also increase DOCK’s potential for growth. DOCK is trading at $ 0.021 as of the time of writing.

According to the analyst, the third altcoin that may experience a noticeable increase in the near future is TrustSwap (SWAP). TrustSwap is described as a distributed platform, cryptocurrency and protocol that promises a new evolution in decentralized finance (DeFi).

According to the analyst, the fact that the platform is also in the NFT sector may pave the way for the project. “According to their statistics, many projects have been very successful and all that really needs to be done is to stake some of the SWAP tokens,” the analyst said. You are usually eligible to join these launchpads, which reward you with the starting price of these tokens.” He uses his words.

SWAP is trading at $0.40 at the time of publication.