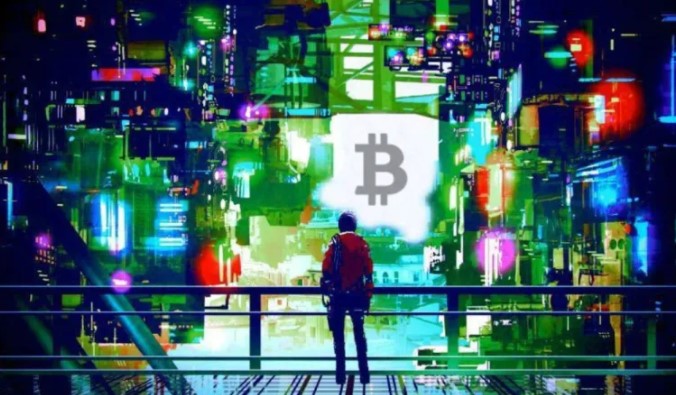 Scott Melker, host of the “The Wolf of All Streets” podcast, shares the 4 metaverse coin projects he is betting on, and explains why Bitcoin (BTC) could hover near its current trading price for months or drop to around $28,000 before seeing new highs.

“Cash is king and so is Bitcoin”

If you asked crypto trader, influencer, and newsletter writer Scott Melker what he invested in three years ago, he would say Bitcoin and some Ethereum. Today, however, it says it has bought the dips in several growing crypto spaces, including Tier-1s, decentralized finance (DeFi) and, more recently, the metaverse.

“But cash is king, and so is Bitcoin, which is the largest cryptocurrency in terms of market capitalization”, arguing that Scott Melker watches developments that may affect BTC movements, as Bitcoin’s price movement tends to lead the market. While he wasn’t surprised by the correction last weekend, he certainly didn’t expect Bitcoin to drop to $48,000. Scott Melker comments:

There was a lot of bullish trend in Q4. We saw a big move in October in anticipation of the launch of the Bitcoin futures ETF, and since then we have seen some uninspiring excitement, although the community is expecting higher and higher prices based on the many patterns we’ve seen.

“I think these are becoming less realistic, at least in the short term,” the analyst continues, claiming that we are now entering a period of possible consolidation that will inevitably drive society crazy. He adds that with derivatives exchanges always having exceptionally high open interest and tons of long (or bullish) positions, we inevitably see a downward cascade of liquidation. And he believes that is largely the case here.

According to data from Coinglass quoted by Fundstrat, approximately $850 million in long bitcoin futures positions globally and $2 billion across the market were liquidated on Friday, Dec. “The question is whether this was deliberately triggered by a whale, or is this the result of any legitimate fundamental change in the market,” Scott Melker says, recalling that last Friday a single institution sold $500 million worth of Bitcoin prior to this liquidation tier.

Scott Melker notes that everyone is guessing whether it was triggered by an institutional sell-off, the Omicron variant, or a shaky capital market. But like other technical analysts, he believes that the bull situation for Bitcoin will be renewed once it breaks above the key $53,000 support level. This is a view taken by another crypto influencer and investor, Carl Runefelt, who is the host of The Moon on YouTube.

Bitcoin opened on Thursday at around $50,619, 25% below its record high. However, the analyst also states that if Bitcoin drops below $42,000 and stays there for a while, we could see an even sharper drop to $28,000. This builds on the previous low seen in July, after Bitcoin slumped from its all-time high in April. However, saying that the scenario is less likely, Scott Melker underlines the following points:

I don’t believe technical analysis tells us the future. I believe this is a risk management tool. We use technical analysis to stop losses and orders and no one can predict the future by looking at a few lines on the chart. But if this is your first time riding the roller coaster, do not panic. Ultimately, long-term holders of Bitcoin shouldn’t be concerned with charts or dips.

Which metaverse coin projects does it invest in?

The analyst states that new traders panic emotionally when they see a price below their initial entry, and advises novices to change their perspective and instead view this as an opportunity to buy lower and lower their overall entry average.

Interest in metaverse coin projects has skyrocketed since Facebook parent company Meta announced in October that it was rebranding to focus on opportunity. More than $100 million of virtual land was sold in the last week alone, and he estimates the market for goods and services on the base of the metaverse could eventually be worth $1 trillion.

As for metaverse coin projects, Scott Melker says he doesn’t make much use of some of the larger metaverses like Decentraland (MANA), The Sandbox (SAND) or Axie Infinity (AXS). But excited for this new game world. The analyst says he chose Star Atlas, a gaming metaverse built on Solana Blockchain, and holds both tokens (POLIS and ATLAS). Scott Melker says he knows the team behind the project and is very optimistic about what they can create if they are successful:

I think they are incredible. And I think their vision is beyond most of these projects. You’re finally looking at something that could potentially put the play-to-earn game on par with other video games.

Referring to the game graphics that seem to be the early adoption of video games, the metaverse platforms surpass most of them, Scott Melker said he invested in the metaverse coin projects Illuvium (ILV) and Alien Worlds (TLM) because they also have a great game concept and high-quality graphics earned by playing. He says he has.