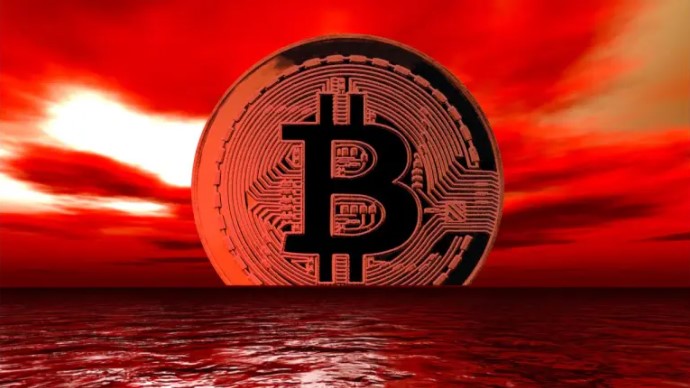 According to the technical analyst, Bitcoin price is stabilizing but if it drops below this key support level, it could still drop 24%. According to Katie Stockton of Fairlead Strategies, Bitcoin prices are starting to stabilize after falling 30% in a month.

Stockton said in a note Monday that the cryptocurrency could see further price declines if the key support at $44,200 fails. “If the initial support is broken, the important long-term support will likely be tested around $37,000,” Stockton said. Bitcoin’s 30% price drop last month brought a rapid bear market for the cryptocurrency, but prices are starting to stabilize, according to analyst Katie Stockton. In a note released Monday, Stockton said that the short-term momentum for Bitcoin has neutralized after several weeks of bearishness. This bodes well for crypto bulls as bitcoin is consolidating above the initial support level of $44,200, which represents a 61.8% Fibonacci retracement level.

“The enhanced one-day [moving average convergence divergence] and short-term oversold conditions suggest that Bitcoin may see stability around the initial support in the coming days,” Stockton said. According to Stockton, the intermediate momentum is bearish, meaning that the potential for further downside in Bitcoin prices remains. “Weekly stochastics are not oversold yet, indicating that the correction will continue,” Stockton said. “If the initial support is broken, the key long-term support at the lower end of the weekly cloud will likely be tested around $37,000.”

A drop to $37,000 would mean a potential drop of 24% from current levels. Still, the long-term momentum remains bullish, so any drop could be temporary unless the monthly MACD gives a sell signal, according to the note. “There has been a dip in long-term momentum that has caused us to watch the monthly MACD closely, but we maintain a long-term uptrend with the rising weekly cloud still intact,” Stockton says.

Dogecoin: This Is The First Time Ever! Here Is The New...