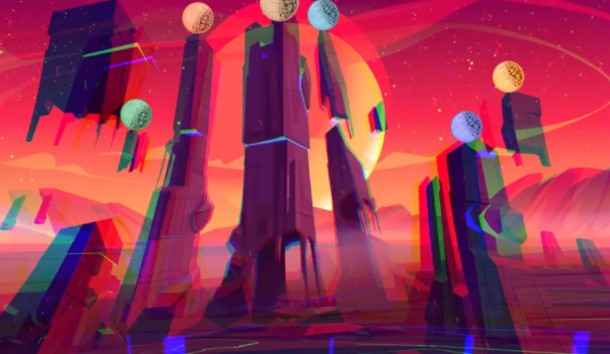 In a new YouTube post, crypto analyst Crypto Love tried to predict some smart contract platforms that could generate high earnings in 2022. Let’s take a look at the analyst’s basket of 2022 altcoins, keeping in mind that the forecasts are not precise.

8 altcoin projects that can be put on the 2022 radar

The first altcoin on the list, Elrond (EGLD), is a Blockchain protocol that aims to offer extremely fast transaction speeds using sharding. The project describes itself as a new technology ecosystem that includes fintech, DeFi and the internet of things. The smart contract execution platform is reportedly capable of 15,000 transactions per second, six seconds of delay, and a transaction cost of $0.001. EGLD price declined to the $114 support and climbed quickly to $196. The corrective market is at the top of the analyst’s list as it can recover quickly afterward.

The second altcoin project on the list is Waves (WAVES), a multipurpose Blockchain platform that supports a variety of use cases including DApps and smart contracts. A long time ago, WAVES was trading around $9 before surging to about $35. It found strong support from the green moving average line below. It is now trading above $30.

The next altcoin, Polkadot (DOT), is an open-source multi-link that connects and secures a private Blockchain network that facilitates the cross-chain transfer of not only tokens but any type of data or asset, thereby allowing Blockchains to be interoperable with each other. -chain protocol. Polkadot was designed to provide the foundation for a decentralized blockchain internet, also known as Web3. Polkadot also approached a strong support band and broke above the dotted green for buy. According to the analyst, it is worth putting on the watchlist for 2022.

The next altcoin, Avalanche (AVAX), is a layer one Blockchain that functions as a platform for decentralized applications and private Blockchain networks. It is one of its strong contenders aiming to displace the popular Ethereum for smart contracts. It aims to do this by having higher throughput of up to 6,500 transactions per second without sacrificing scalability. Avalanche is trading not entirely on the red lines but in the middle channel. These lines are used to predict buys and sells. At the time of writing, AVAX is trading at $86.

The fifth altcoin on the list, Binance (BNB), is the native cryptocurrency of the world’s largest cryptocurrency exchange by daily trading volume. Binance aims to bring cryptocurrency exchanges to the forefront of financial activities globally. The idea behind Binance’s name is to showcase this new paradigm in global finance – Binary Finance or Binance. In price action, BNB is trading in the oversold or overbought zone. It bounced off the green dotted line several times. According to the analyst, for the long term, BNB may be an altcoin to follow.

The sixth altcoin, Stellar (XLM), is an open network that allows money to be moved and stored. When it launched in July 2014, one of its goals was to increase financial inclusion by reaching the world’s unbanked – but soon its priorities shifted to helping financial firms connect with each other via Blockchain technology. It is trading close to the support line of the channel as seen in the chart below.

The next altcoin Ethereum Classic (ETC) is a hard fork of Ethereum (ETH), released in July 2016. Its main function is a smart contract network capable of hosting and supporting DApps. ETC price has been fluctuating above the green line for quite some time since about December. The end of Ethereum mining has impacted the price of ETC, one of the last PoW Blockchains, by 80% in the last 7 days.

The latest altcoin Ethereum (ETH) is a decentralized open-source Blockchain system with its own cryptocurrency, Ether. ETH works as a platform for many other cryptocurrencies as well as for decentralized smart contract execution. ETH price has been in the overbought zone for a while, but the price experienced selling selling pressure before continuing to rise. The next targets, according to the analyst, are $4,000.

Hit NFTs: A Pirate Website Is Publishing All NFTs For Free