Home News Analyst: Gold Price May Be At These Lows In The Coming Days! 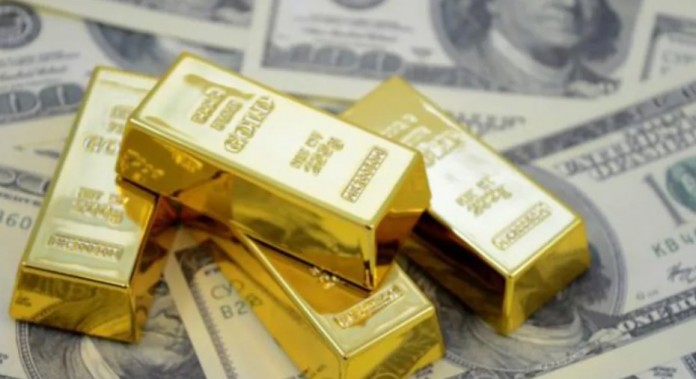 Gold price is heading towards $1,800, building on Thursday’s rebound from three-week lows of $1,759 as traders look forward to the release of US NFP data for a new direction trend. According to market analyst Ross J Burland, Thursday’s spectacular performance saw the gold price recapture the critical 200-Day Moving Average (DMA) at $1,792 on a daily close basis, rekindling the interest of the bulls. However, it remains to be seen whether the shiny metal can once again break the $1,800 hurdle with the release of US jobs data, especially after Fed Chairman Jerome Powell’s patience with rate hikes is tied to the maximum employment target. The U.S. economy added 425,000 jobs in October, compared to an increase of 194,000 booked in September.

Today, US NFP data will be in focus

The dollar rebounded from the low on Thursday after the Federal Reserve reiterated that it views high inflation as temporary and cut $15 billion a month on Wednesday, announcing $120 billion a month of Treasury and mortgage-backed securities purchases. The blade was later buried after President Jerome Powell said he was in no hurry to raise borrowing costs, resulting in an additional sell-off on the dollar.

However, the analyst notes that the faster traders drop the dollar, the quicker they are acting to pull back on expectations of a faster rate hike timing from the Fed, after a series of strong data ahead of the FrduaysNonfar Payrolls event this week. TD Securities analysts make the following assessments:

We expect employment and wage growth to slow in the coming year as support from fiscal stimulus and reopening wanes and participation increases, but momentum seems to be picking up again as Delta’s influence wanes. In October, we estimate a total of 550 thousand for payrolls and 600 thousand for private payrolls. We anticipate an increase of 0.5% for hourly earnings, as the 12-month change rises from 4.6% to 5.0%.

According to analyst Ross J Burland, maximum employment prospects in the coming months will push the US dollar higher as a headwind for the price of gold, with a less negative impact on real interest rates. However, analysts at TD Securities say, “The Fed reiterates that its instruments cannot help ease the temporary supply constraints that ultimately drive inflation.”

Also, analysts say it’s a dove-like message, “according to market expectations for Fed hikes, which are still very hawkish but may also be spoiled by the recent loss of position among Treasuries.” TDS analysts share the following assessments:

The steepening in the yield curve, however, reflects market prices starting to acknowledge that the Fed may allow inflation to stay warm for a little longer. In this regard, while the breadth of traders’ open positions is by no means excessive, position sizing is inflated as the number of participants is small, leaving hawks vulnerable to a squeeze.

Going forward, the market will continue to gauge whether the Fed has cards strong enough to bluff, which will stop focusing more on economic data. In this context, we expect an immediate strengthening resulting from the decreasing Delta wave. But we anticipate that the fiscal drift will become sufficiently contractionary to delay the possibility of rate hikes.

Market analyst Ross J Burland notes that the price of gold is stuck in a consolidation area on the daily chart, giving little indication of the market’s next direction.

However, if resistance persists, the path of lowest resistance is likely to lead to a decline. Ross J Burland continues his analysis:

Meanwhile, from a 4-hour perspective, the market may have gathered enough liquidity as the counter trendline is broken and buy stops are filled. This could result in a downside move to $1,750 for the coming sessions and days ahead.