Home Crypto Analyst: Check out AVAX and these 4 altcoins in the bear market! 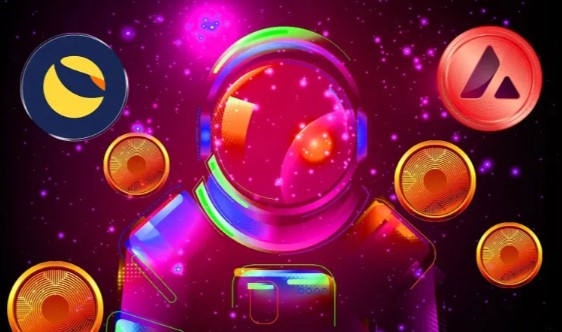 The cryptocurrency market is pretty bloody these days. It’s time to take a look at the projects, utilities, use cases, teams, technologies, and various other metrics you need to focus on. Cheeky Crypto, a cryptocurrency-focused Youtube channel, is testing whether 5 altcoin projects, including Avalanche (AVAX), will be able to survive in this bear market.

Before Avalanche (AVAX) there is Terra (LUNA)

Terra is a blockchain protocol that uses stable fiat—linked coins to ensure a stable price of global payment systems. According to the technical document, Terra combines the price stability and widespread adoption of fiat currencies with the censorship resistance of Bitcoin (BTC), offering fast and affordable payments.

“This is a really well—funded project,” the analyst notes, noting that there is a lot of venture capital in it. According to the analyst, this project will easily survive the bear cycle, because its technology, use case, support and team are just fantastic. At the time of writing, LUNA is trading at $51.75, which is 21% lower, and ranks 10th by market capitalization. However, according to the analyst, the project that still needs to be paid attention to is Terra.

Avalanche (AVAX) takes the second place in the list

The second altcoin in the list is Avalanche (AVAX), which ranks 13th by market capitalization. The analyst claims that Avalanche is the fastest smart contract platform in the blockchain industry, judging by the accuracy of time. Avalanche is incredibly fast, economical and environmentally friendly. According to the analyst, any application with smart contract support can bypass its competitors by deploying it on Avalanche.

According to the analyst, this is a great project because it is an inexpensive, environmentally friendly platform for smart contracts, amazing technologies and a cohesive team. The analyst also reminds that there are plenty of venture investments and funds. According to the analyst, it has a pretty decent size, but it will continue to grow along with its ecosystem. At the time of publication, AVAX shares fell by 13.4%, changing hands at a price of $ 44.07, and the market capitalization was about $ 11.9 billion.

The next project after Avalanche (AVAX) is Algorand (ALGO).

Algorithand, which you can learn about in detail from this article from Somanews, is a self-sufficient, decentralized blockchain-based network that supports many applications. “These systems are secure, scalable and efficient,” says the analyst, noting that these are critical functions for effective real—world applications. Meanwhile, Algorithand will support computations that require reliable performance guarantees to establish new forms of trust.

According to the analyst, although its price has dropped by 12.66% in the last 24 hours, this ecosystem has great potential for growth and price determination after that. The analyst expects to see a price opening in ALGO. At the time of writing, ALGO is trading at $0.6433 and ranks 26th by market capitalization.

The next altcoin in the list is Hedera (HBAR).

Hedera is the most used, sustainable enterprise—level public network for a decentralized economy that allows individuals and companies to create powerful dApps. “This project has a close—knit team and reliable technology,” says the analyst, if there is a lot of funding, and it will be really good. HBAR currently ranks 36th by market capitalization and is down 10.6% to $0.114 at the time of publication.

The latest project on Chris’ list is The Graph (GRT).

An indexing protocol for querying data for networks such as Graph, Ethereum and IPFS, supporting many applications in DeFi and the broader Web3 ecosystem. According to the analyst, this is a solid project, it will be especially successful with web 3. At the time of publication, GRT is changing hands at a price of $ 0.2593, which is 12.87% less, and ranks 59th by market capitalization.

Analyst: This Metaverse Coin Will See Bottoms Before Rally!

What Is Siacoin Growing Twice In One Week?