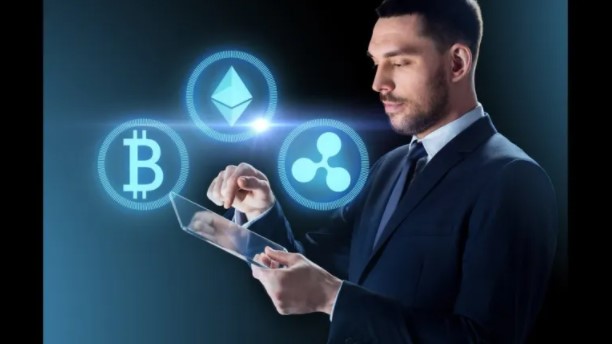 Investors were frightened by renewed geopolitical tensions, according to analyst Filip L. Bitcoin price remains in a bearish triangle as tensions in Ukraine flare up again. Ethereum price is returning to important support. Ripple (XRP) price on the pennant is ready for a downtrend under the current sentiment.

Cryptocurrencies are holding back as investors worry about the escalating situation between Ukraine and Russia as more reports come in from the shootings in the Donbas region near Luhansk. Bitcoin price is falling into a bearish triangle set to drop below $40,000. Bitcoin (BTC) price is battered on Thursday after a dip that can still be attributed to short-term profits on Wednesday. The extension of the declines seems to confirm that sentiment has once again dipped below zero in the direction of risk aversion. In this context, the Bitcoin price will remain under pressure for the remainder of the week and could drop below $40,000 in the coming days as the situation in Ukraine is set to worsen again and potentially further damage the market mood.

BTC price sees the bulls fail to keep the price action above $44,088 and in the process, it forms a descending trendline forming a bearish triangle with the base at $41,756. Expect Bitcoin value to drop further as tensions rise around Luhansk every hour. Breaking the $41,756 support opened the way for a nose dive towards $39,780 with the downside break of the psychological level of $40,000 once again. With this move, a sudden breakthrough in peace talks could be the necessary catalyst to improve and overturn the situation. Bitcoin price action is heavily influenced by the drift of geopolitical news.

Predictions for Ripple and Ethereum

On the other hand, Ethereum (ETH) price is crushing near $3,143 against the 55-day Simple Moving Average (SMA) and the bulls are not trying to force price action above it and close. After three consecutive unsuccessful attempts, bullish support is weakening as the daily candle closed there on Tuesday and it closed below 55 days even as ETH price opens up again the next day. On Wednesday, finally, both the opening and closing price were below the 55-day SMA. This proves that sentiment has changed in just three trading days and it looks set to move further away from the 55-day SMA on Friday.

In the coming hours, expect the bulls to wallow at $3,018 with the $3,000 marker both at a crucial level and a few dollars under. As tensions escalate, we expect more downside headlines, with even the $2,929 monthly pivot included in the plus signs, with a break in the bulls’ defense. With the resolution of the political situation in Ukraine, it is clear that the markets can change 180 degrees in a few seconds. The same rule applies to cryptocurrencies, where Ethereum could break above the 55-day SMA and even break the February high and sail to $3,391 where it flirts with new highs for 2022.

According to the analyst, XRP price will lose 10% of its market value as headline news spoils the relief rally. Ripple (XRP) price is stuck on a pennant and is close to a bearish breakout. As global markets continue to weaken from Wednesday, Ripple price drops below its recent low and sees bears on the rising side of the pennant. As more negative headline threads pass, expect this to add ammunition for the bears to continue and start breaking the pennant negatively.

XRP price will seek support for the next support at $0.78 and, depending on the severity of the news feed, this level will again remain as it was on February 14. If this is not the case, it will be more bearish. It can be cut short with a double bottom around $0.75 on February 12 and 13 and the 55-day SMA coming in or around that area. With this move, the RSI will trigger some “oversold” red flags and see the bears book profits. A false downtrend can easily see bears stuck as the bulls come in for tightening, while the breakout enters the downside of the pennant. This means that the price rallied to $0.88 and will hit this week’s high. The bears will have to switch sides and join the buyer demand to close their losing positions, which will add to further demand and possibly reach $0.90 in the process.