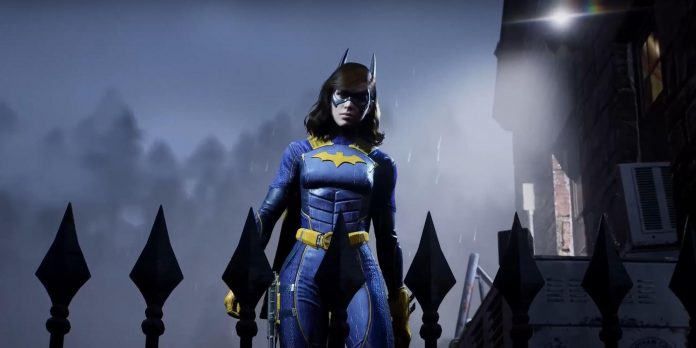 Gotham Knights’ most attractive feature has been the ability to play as four different members of the Bat Family, giving players a lot of versatility and freedom. Batgirl’s gameplay will look familiar to fans of DC games as a few aspects resemble that of Batman from the Arkham series, particularly her traversal and use of gadgets. With Gotham Knights’ release approaching, fans will be wondering which of the four characters will suit their style of gameplay the most, and with her versatility, Batgirl is a great choice for any solo player.

Batgirl’s backstory is probably one of the most inspirational, having started her role under Batman’s wing only to be paralyzed by the Joker during the infamous events of The Killing Joke. However, in Gotham Knights, Batgirl is back on her feet and ready to defend Gotham City from all its enemies and uncover the mysteries of the Court of Owls following the death of Batman. With her ability in combat, intelligence, and agile nature, Batgirl is one of the most adaptable members of the Bat Family and seems to be the jack-of-all-trades character in Gotham Knights.

RELATED: Poison Ivy Would Be A Perfect Villain for Gotham Knights

Like every other character that players can pick in Gotham Knights, Batgirl is equipped with a vast knowledge of martial arts that she uses to take down enemies. However, Batgirl does not bounce around the battlefield or rely on long-range weapons or multiple gadgets. Rather, she has a more Batman-esque approach to combat. Batgirl is classified as a single-enemy bruiser, which means that unlike Nightwing, who can use his acrobatic skills to bounce between multiple enemies, Batgirl’s gameplay emphasizes focusing on a single enemy at a time, often defeating them quickly with a flurry of punches and kicks.

Batgirl uses her Tonfa in battle, often chaining attacks with her weapon and her feet to dish out devastating combos. Unlike Nightwing, she does not use her agility to bounce between enemies, unlike Robin she does not heavily rely on gadgets, and unlike Red Hood, she does not use ranged combat as her primary attack. Instead, she has a more simplistic combat style that can take down large groups as quickly as any of the other members. Essentially, Batgirl offers players a chance to play through Gotham Knights using combat similar to the Arkham Series, making her effective enough to use during a solo playthrough.

Each of the members of the Bat Family in the Gotham Knights tends to have different ways to perform similar actions, whether it is combat or simply traversing the city. For Batgirl, her traversal methods are by far the most straightforward and similar to Batman from the Arkham Series. Like Batman, Batgirl uses her cape to glide from rooftop to rooftop and can use it to position herself above enemies to take them down quickly. She also has the trusted grappling hook and showcases a lot of parkour skills that translate to her combat well, as seen in the early gameplay walkthrough where she wall-runs off a truck to get a heavy hit on an enemy.

Compared to Robin’s teleporter, Red Hood’s Mystical Leap, and Nightwing’s Flying Trapeze, Batgirl takes the simplistic approach that pays homage to her old mentor and allows her to keep the symbol of Batman alive. While this also means that Batgirl’s true genius does not shine through in the game, using Batman as a template for her traversal was still a good idea since it gives Arkham fans a chance to relive the experience they had when they first picked those games up. Overall, Batgirl’s simple yet effective traversal gives her a boost and makes her the most beginner-friendly character among the four available.

RELATED: Gotham Knights Has to Nail The Loot Grind

As mentioned above, Batgirl’s weapon of choice is her Tonfa, which she often uses in stealth takedowns and as her primary means of attack in combat. Along with the Tonfa, she has ranged capabilities with Shuriken-like blades that she tosses at enemies, which can be used to stun certain foes and prevent attacks. Finally, unlike Batman in the Arkham games, Batgirl does not have a way of parrying, so she focuses her attention more on evading, which often puts her in a good place to switch between enemies and allows her to systematically take out groups of enemies.

Batgirl also has many of the gadgets that are famous in the Batman comics, which allow her to improve her abilities in stealth, traversal, and combat. In the Gotham Knights gameplay reveal, fans saw Batgirl use a swarm of bats in combat to immediately go into stealth and remain hidden from the enemies that were still standing. This should give players the chance to back away from a fight that is too difficult for them, reassess, and either take down the enemies in stealth or reenter combat. While Batgirl’s grappling hook will allow her to reach higher points in the world, it can also be used in combat to pull enemies closer.

Batgirl will likely be the most refined character out of the four, partly due to the similarities she has with Batman from the Arkham series, and partly due to her direct-approach philosophy. Being an expert hacker, she will likely unlock new ways to approach certain situations, and her single-enemy bruiser classification will give player’s a more balanced combat experience. With Robin, Nightwing, and Red Hood also available for players to pick from, Batgirl may be the most balanced character and a solid beginner-friendly option for players in Gotham Knights.