Leading Binance futures trader Logan Han has given bullish signals for Ethereum with his analysis. Another trader showed the target as $ 700 with a chart he shared on Twitter. Many market experts emphasize that the ETH network is very healthy.

Logan Han, a futures trader at the world’s leading cryptocurrency exchange Binance, shared a chart and expressed his thoughts on the leading altcoin Ethereum. Han suggested that after weeks of consolidation of the ETH price a declining triangle pattern emerged on the charts, indicating a medium-term uptrend.

With the chart he shared, Han said that there appears to be a trend for Ethereum towards the end of 2020, like the rise he saw in the middle of the year. Logan Han has also highlighted that ETH price movements have followed a similar course to that seen before the exponential rally in late 2017 and early 2018. 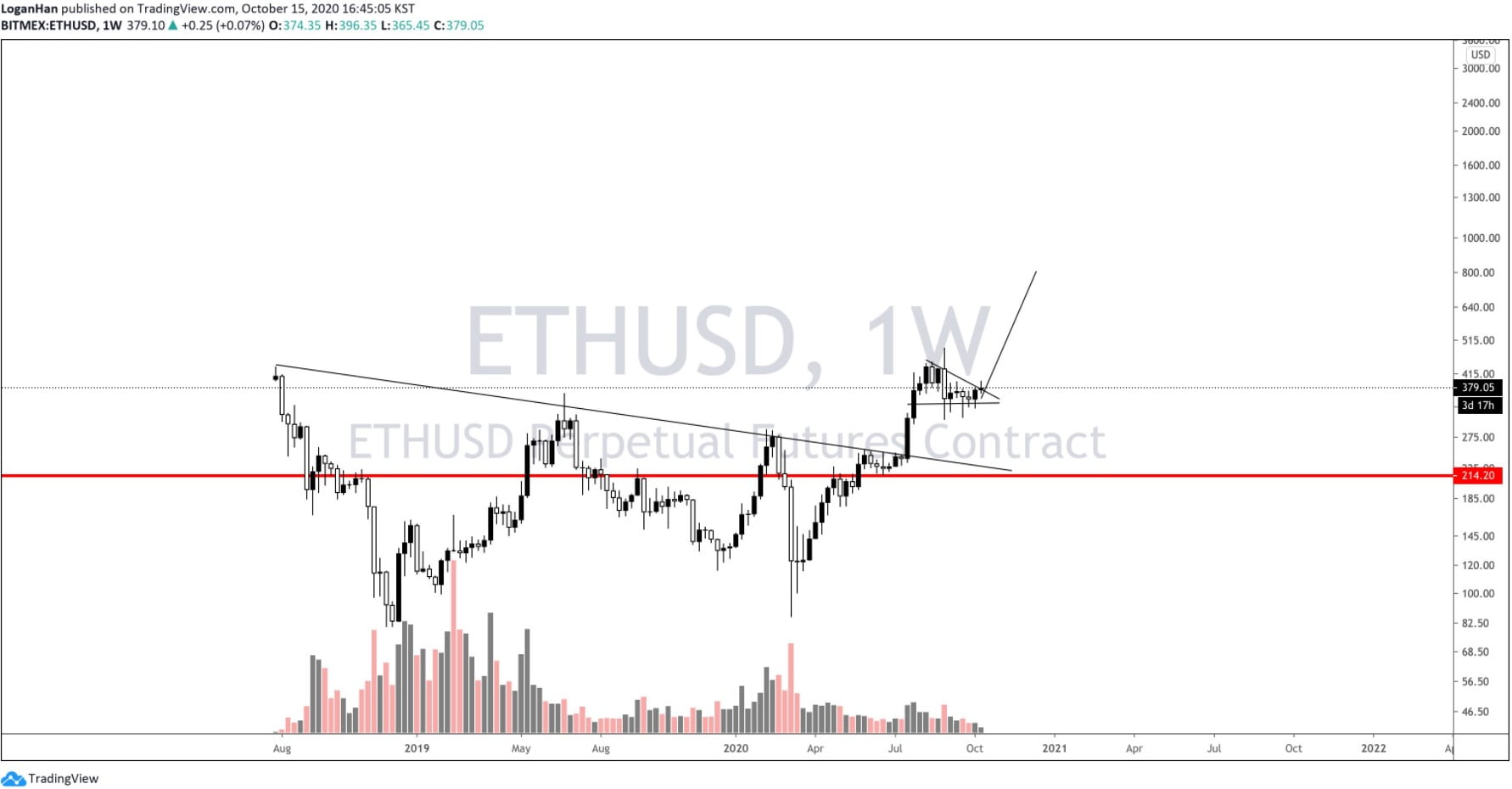 The analyst and trader, known as “Cold Blooded Shiller” on Twitter and has around 30,000 followers, predicts a higher point for ETH than Han’s predictions. Trader said that if Ethereum holds onto the $ 350 zone in the macro time frame, it will move towards $ 700 in the coming months. 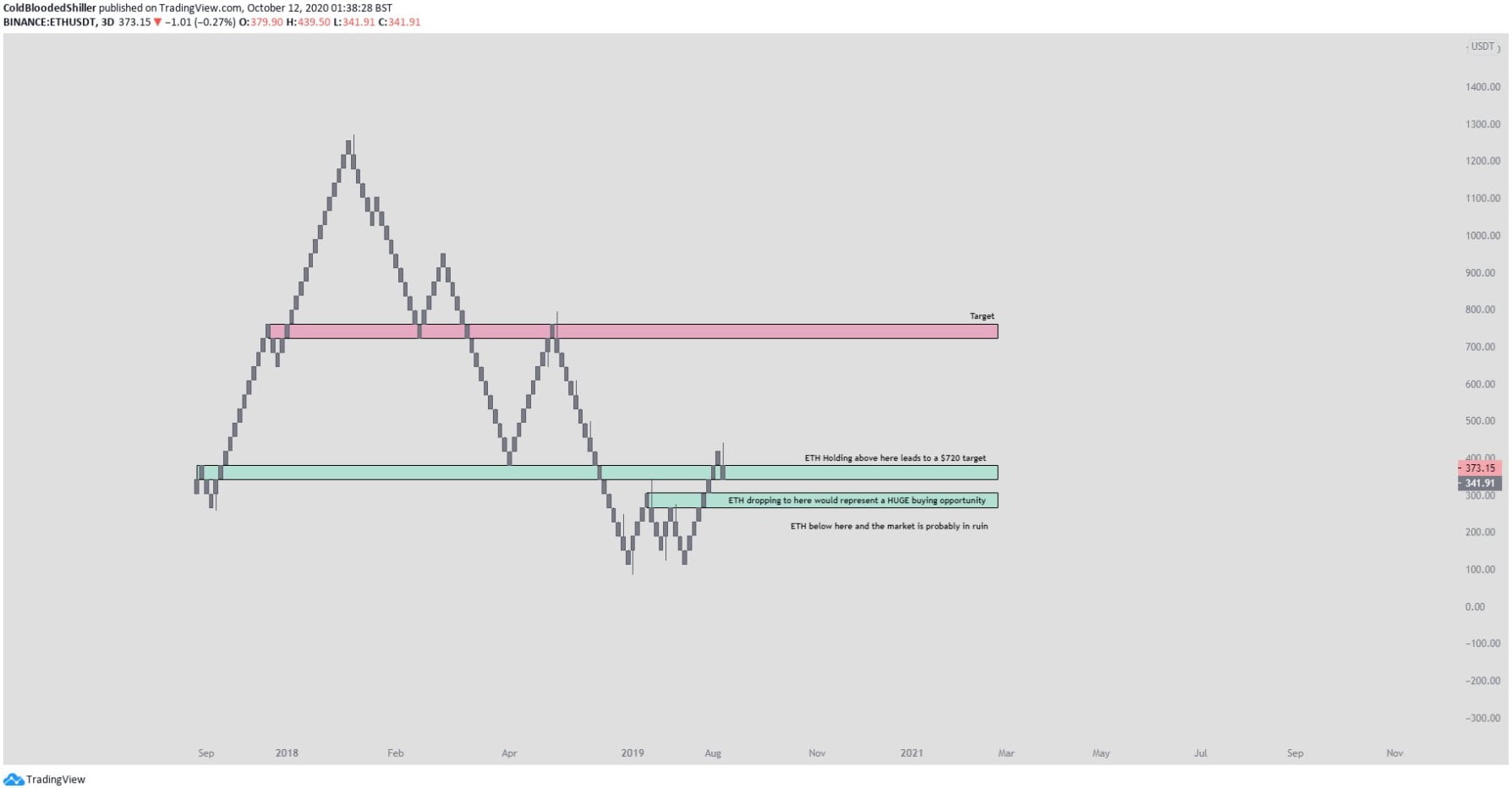 The chart shared by the trader once again reveals that $ 350 has been critical for ETH in recent years. 350 dollars; While it served as a ramp in the rally, which rose to $ 1,400 in 2017, it was in a position of support once again strengthened in 2018.

Indicators Show That Ethereum Is Healthy

Ethereum fundamentals are in a strong state as ever, according to many experts; Many on-chain trends are showing very positive signals for the future of the leading altcoins. Spencer Noon, a fund manager in the cryptocurrency industry, mentioned many indicators that show that Ethereum is being used more than ever and that shows the bright days for the future.

See Also
“Every Stage of ETH 2.0 Will Affect Ethereum Positively”

Some of these are on-chain trends for Ethereum and some are indicators related to the amount of ETH in DeFi applications that are trading on the Ethereum network and strengthen the future of the ETH network. Here are some of these indicators:

It overtakes Bitcoin in daily transaction fees.
The number of active addresses per day is consistently over 400 thousand.
$ 300 million ETH is sent daily to DeFi applications and $ 156 million to central applications.
There is 3.4 million USD worth of ETH locked to Uniswap.

Suga achieves a double All kill with Agust D 2

2 best exercise types for the brain

J-Hope from BTS to Billboard Hot 100 with its Chicken Noodle...

Weekly Shocks and Surprises in the Global Economy