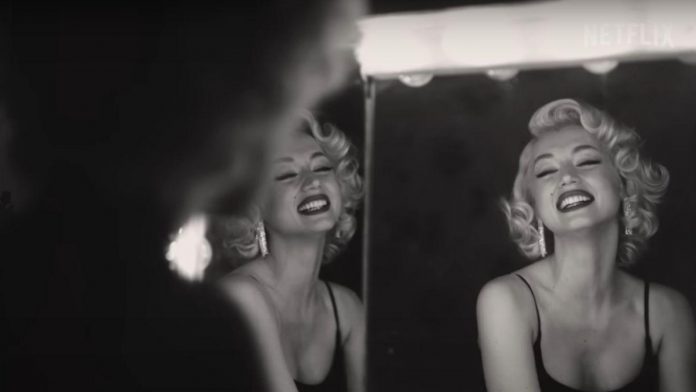 The general public has not yet seen the new Netflix movie “Blonde”, in which Ana de Armas plays Marilyn Monroe in the title role, but the film has already become a controversial topic of conversation. When the film comes out, it will be Netflix’s first NC-17 rated movie, and while de Armas says she thinks it’s important that the movie gets to “uncomfortable places,” she’s still surprised that the rating is so high.

We haven’t seen much from “Blonde”, except for a couple of trailers that don’t show anything close to what could bring the film an NC-17 rating. And it is quite possible to expect that a biographical film about the life of Marilyn Monroe will include strong sexual content. The late actress’ sexuality was a big part of her fame, no matter how much Monroe herself wanted it. The ratings and trailers imply that the film may end up in dark places. Ana de Armas told L’Officiel USA that it was important for the film to get there, and that she wasn’t the only one in the cast who had to do it. De Armas says…

I didn’t understand why this happened. I can tell you about a number of shows or movies that are much more explicit and contain much more sexual content than “Blonde”. But to tell this story, it is important to show all those moments in Marilyn’s life that led her to what she did. It had to be explained. Everyone [in the cast] knew we were going to have to go to uncomfortable places. I wasn’t the only one.

While Ana de Armas may not feel that the NC-17 rating is justified, director Andrew Dominic had a slightly different approach. Although he initially said he was shocked to learn about the Blonde’s rating, since then Dominic seems to have accepted NC-17.

He seems to think that the NC-17 movie is the best way to tell a story in “Blonde.” We know from the director’s comments that Marilyn Monroe’s childhood trauma and how this trauma manifests itself in her in adulthood is a big part of the story being told. The official description of “Blonde” from the MPAA only notes that there will be “sexual situations” in the film, which is terribly vague, and we expect the same description from the R-rated version of the same film.

Soon we will find out why exactly “Blonde” received such a rating. The film will premiere next week and at the Venice International Film Festival before it is released in a limited box office. It will be released on Netflix on September 28, so within a month the film will be available to everyone. It will be interesting to see how the Netflix audience will perceive the NC-17 film. If “Blonde” succeeds, we will be able to see more similar films.