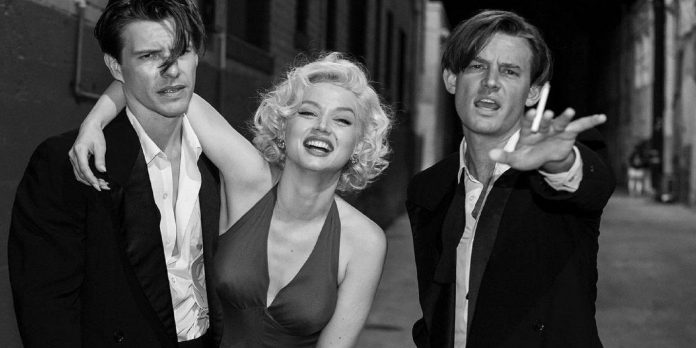 The long-awaited biopic about Marilyn Monroe “Blonde” from Netflix received its first official trailer today. In the trailer, Ana de Armas’ film tells about Monroe’s troubled personal life, which was in sharp contrast to her cheerful public image.

Created by Plan B Entertainment and distributed by Netflix, Blonde has been ramping up its advertising campaign in the last few weeks. Promotional photos and a short teaser were released earlier this month, and only yesterday viewers saw new behind-the-scenes photos of the Blonde taken during the making of the film.

The new trailer for “Blonde” conveys a mood of vulnerability and sadness. Images of Monroe in her dressing room, walking the red carpet and taking pictures are interspersed with shots of her diner with a male friend. When he asks her how she started acting in movies, we see a flashback of Monroe being harassed by a studio executive in his office. At the diner, she looks away in embarrassment and says, “I think I’ve been discovered.”

All of this is tuned to the sound of the real Monroe singing “Diamonds are a Girl’s Best Friends” from her iconic role in Howard Hawks’ 1953 film Gentlemen Prefer Blondes. The juxtaposition of the confident seductress from the song and the vulnerable, exploited young woman portrayed by de Armas masterfully evokes the tragic irony of Monroe’s life. The trailer ends with the text “everyone watched, no one saw,” as the footage shows Monroe crashing his car into a tree, standing helplessly in a burning room and quietly saying “help me.”

Monroe was one of the most recognizable names of classic Hollywood and an iconic image of the era. In fact, when the artist Andy Warhol wanted to comment on the obsession of American society and the objectification of movie stars in the 1960s, he chose Monroe as the hero of his famous silkscreen paintings. However, due to the fact that the star led such a complex and multifaceted life, there were assumptions about what point of view the future Blonde would take. Will it focus on the difficult life of a young actress, nee Norma Jean Mortenson, or will it focus on the beloved playful sex symbol known by the stage name Marilyn Monroe? Judging by the new trailer, it is clear that “Blonde” will primarily tell about the troubled life of Norma Jean and her struggle with an exaggerated character on the screen who was so different from her own personality.

De Armas seems like the perfect choice for the role of Norma Jean/Monroe. Not only did she merge with the role and played a visually convincing Monroe, but it is impossible not to draw some parallels between de Armas’ career and Monroe’s struggle with her stage image. The supremely talented de Armas was largely relegated to objective supporting roles. This includes a subordinate (repeatedly nude) hologram girl from Blade Runner 2049, a sexualized Bond girl from No Time to Die, and a female agent who is beaten up by random men and who gets virtually no character in Gray Man. The main role of De Armas in “Blonde” is well deserved and will almost certainly bring her an Oscar nomination for Best Actress next spring.

Amazon’s Lord of the Rings Announces Charlotte Brändström as Director

TMNT: Shredder’s Revenge — how Long to Beat and Episode list