Home Entertainment Ana de Armas burst into tears after the reaction to “Blonde” at... 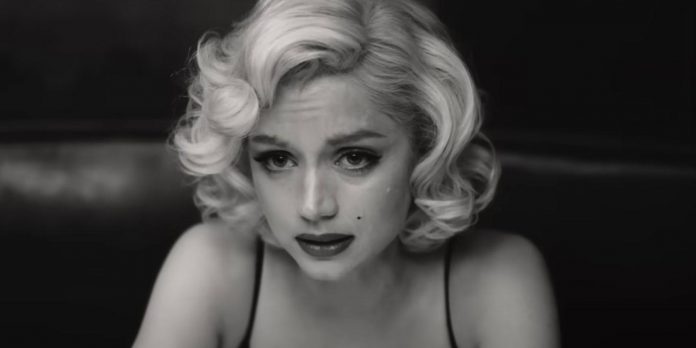 The world premiere of the long-awaited biopic of Ana de Armas about Marilyn Monroe “Blonde” took place at the Venice International Film Festival, and after the first screening, the Netflix film received 14-minute applause.

“Blonde” has become one of the most anticipated films of the year thanks to de Armas’ stellar performance. The film is based on the novel by the famous writer Joyce Carol Oates about the life of the dysfunctional Hollywood icon Monroe. Despite the fact that this is a Netflix project, the streamer is doing everything possible for a marketing campaign and limited theatrical screenings at film festivals and in major cities, which is undoubtedly aimed at increasing the chances of the film winning at the next Academy Award ceremony.

The official premiere of the film “Blonde” took place at the Venice International Film Festival. According to The Hollywood Reporter, after the debut screening on Thursday night, “Blonde” caused a 14-minute applause, during which de Armas, director Andrew Dominic and the rest of the cast reportedly cried. The applause was the longest of all the films shown at the festival so far, and was especially focused on de Armas.

However, when it comes to ovations at international film festivals, it is important to keep in mind the context. Sometimes you can almost expect standing ovations, and in fact they are relatively common. Since the filmmakers are in the audience and since the seats are often occupied by friends, colleagues and fans, it is not unusual for the audience to congratulate the filmmakers with stormy applause.

At the same time, the impressive duration of the Blonde’s applause is an indicator that the film, at least to some extent, will meet high expectations. This seems to be confirmed by the reviews of critics who attended the festival, which are mostly positive. At the time of writing this article, “Blonde” holds 87% on Rottentomates, and critics highly appreciate her overwhelming emotional power. Those who speak negatively about the film, for the most part, criticize the portrayal of Monroe solely as a victim who does not control her life.

“Blonde” will be released in limited editions on September 16 and 23 and will be available for streaming on Netflix from September 28, 2022.

Changing the name of Jessica Jones is More Important than You...