Home Entertainment An Overwatch fan shared the concept of Moira’s skin, which turns her... 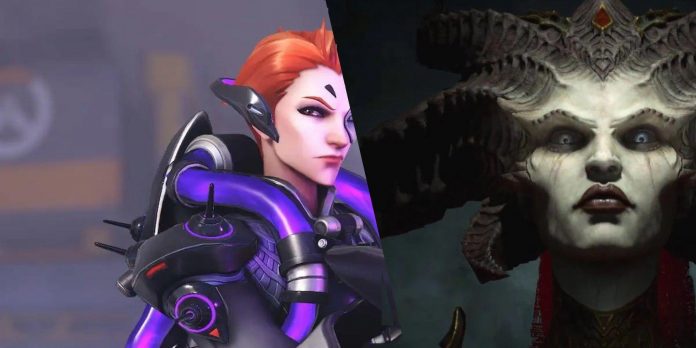 The ability to express yourself by changing the appearance of your game character is something that players like in various games, and Overwatch fans are no different. Whether it’s the new Mythic skins in Overwatch 2 or the limited Overwatch League skins, fans of the game are looking forward to seeing what new skins Blizzard will show them.

Some Overwatch fans have asked to see more crossover skins. Blizzard is home to several iconic games, such as World of Warcraft, StarCraft and Hearthstone, and the company uses these franchises very limited for new legendary skins in its premiere shooter. One talented artist tried to fix this by creating a skin based on one of Blizzard’s most beloved franchises.

A Reddit user under the nickname JustburnBurnBURN published a fan-created skin for Moira in the style of Lilith from Diablo. The concept, developed by Ahmad Rozz, completely changes the appearance of Moira, adding several elements of Lilith to her, such as her massive horns, neck jewelry and deathly pale skin. In general, the concept is taken from Lilith’s design from Diablo 4, where Moira adorns the long tattered robe of the succubus queen, as can be seen from her new design.

What could be considered as the most attractive element of the skin is the device strapped to Moira’s back. Usually the device regulating her healing now looks like a skull with souls taking the place of tubes. The number of details applied to the skin is impressive, because it has detailed skin carvings, which Rozz translated on the character sheet. The overall quality and talent on display is staggering, and while it’s unknown if Blizzard has embraced this concept as another fan-created skin, Overwatch fans seem to like it.

One of the reasons why the concept of crossover skins has become so popular may be related to its fan service. Some fans like to see video game worlds collide and link to each other, which cross skins can do.

With the release of Overwatch 2, fans are looking forward to seeing what new skins and heroes Blizzard has prepared for the game. Although it is currently unknown if the Overwatch development team plans to add any skins to refer to other Blizzard properties, fans can find solace in the concepts created by the community to bring these ideas to life.

Overwatch is already available for PC, PS4, Switch and Xbox One.

The Elder Scrolls VI Will Be Like Starfield, Exclusive To Xbox...