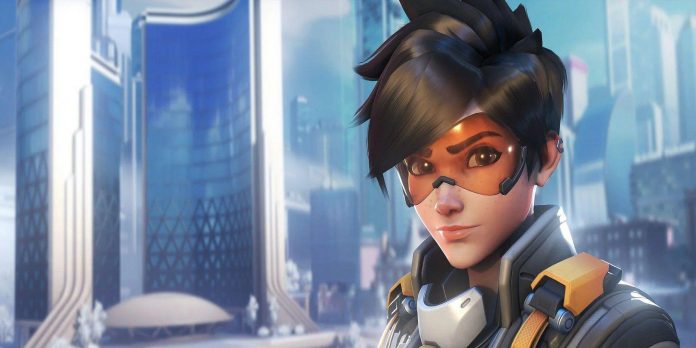 It’s not difficult to find Overwatch fan art on the Internet: talented artists create many works for each character in the game. However, coming across Overwatch fan art in real life is a completely different matter.

One of the fans of the series was surprised when he found a fan art Tracer from Overwatch on the wall of the diner. However, the cross-theme of this art was even more strange, puzzling fans.

Reddit user FlopsMcDoogle shared an image of the artwork they found at a restaurant called The Burger Shop in Wake Forest, North Carolina. The image shows Wile E. Coyote from Looney Tunes dressed from head to toe in the iconic classic Tracer outfit from Overwatch. Everything is present, from gloves to safety glasses, with the inscription “Coyote” on the pant leg, and the Cunning Coyote casually adjusts his glove, looking over his shoulder. The text “Cool is what makes Cool” is also present, which caused some fans to laugh.

Random art at a burger joint in North Carolina. from Overwatch

The origin of the art is unclear, as one user found on Deviantart a seemingly identical version of it posted by a French artist. It is unclear which one is the original, although it is unlikely that they were both created by the same artist, given the distance between locations. In any case, fellow fans were surprised by this mix, and some wondered why they chose Wile E. Coyote for the role when the infinitely unattainable Road Runner might have been a better choice. Others were quick to point out that it would make a fun skin to include in the new MultiVersus game that brought Bugs Bunny from Looney Tunes to the fray. In any case, some have pointed out that Wile E. Coyote probably still won’t be able to catch Road Runner, even with the ability to travel through time from Tracer gear.

Some were surprised that similar fan art hung on the walls in the restaurant, pointing out potential copyright issues. However, over the years, there have been several cases in restaurants and other retail stores where images related to games have remained intact even when copying images directly from games. This one changes both subjects a lot, which may make it less likely. The bigger concern is likely to be whether it was copied from another artist’s original work.

Looney Tunes has been around since the 1930s, and its presence as a pop culture classic doesn’t seem to be going anywhere. It remains to be seen if Overwatch 2 will be able to achieve the same level of hype and excitement as the original game, but even if it falters, Overwatch fans won’t let their favorite characters disappear anytime soon.