Home Entertainment An NPC based on a real hero has been added to Guild... 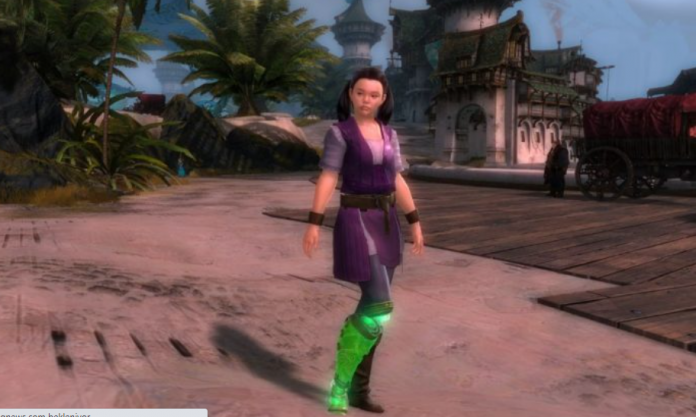 Developer ArenaNet has announced that Guild Wars 2 will introduce a completely new story event featuring an NPC based on a real hero.

While the event continues, donations can be made, and all proceeds will go to the Children’s Miracle Network hospitals. April will also remain a permanent addition to the game.

Every year, the Children’s Miracle Network hospitals identify a “champion” in their local community, and this year the Orange County Children’s Health organization recognized him in April.

April had her leg amputated to save her from a life-threatening infection that had affected her muscles, and now she is traveling the world with a prosthetic leg. Her parents took April to the hospital at the age of 15 months after noticing that she had a 105-degree temperature and was struggling to breathe. Later, doctors determined that she had septic shock caused by a primary immune disorder.

Now, at 10, April loves to sing, dance and play in local theater productions. Her full story can be read here.

“We are very happy that everyone will be able to immerse themselves in a little April adventure during our Extra Life game day,” said Indigo Book, the designer of the Guild Wars 2 narrative. “April’s character in the game is persistent, brave and full of charm, but she can hardly be compared with her namesake. We can’t wait for you to witness the machinations of our little Mesmer yourself.”

In the game, April’s character grew up near Divinity’s Reach, in the small village of Garenhoff. She is described as “an ambitious and skilled hypnotist and serial meddler.” ArenaNet spent time with April and her family to properly understand aspects of her design.

April will also be voiced by gaming industry icon Jennifer Hale, known for voicing the Shepard woman from Mass Effect, and many other popular characters in the media.

From other news: Elden Ring dataminers have discovered a potential DLC in the latest patch.

Sunny Opposites is the show Rick & Morty wants to be...